Text description provided by the architects. The baroque granary is a significant technical monument from the 18th century, it was used for gathering common grain stocks. It is a four-storey building, the ground floor is vaulted by a low cross vault, second floor is supported by stone columns and third by carved wooden columns.

To preserve the uniqueness of the historical building and to minimize interventions of the original structure, we designed a single technical building embedded in the ground next to the granary. Its sloping roof is conceived as an apricot orchard which is typical for area of Velké Pavlovice.

The complex is defined by exterior areas planted with plane trees and catalpas. The exterior area in front of the main entrance is complemented with a fountain. There is an entrance hall, a restaurant and two conference halls with facilities in the ground floor. There are forty two hotel rooms including four apartments and a lounge in the other three floors.

Original small windows are defined by stone lining on an outer facade. They are enlarged by glass sill with silk-screen print. Bathrooms are either in light or dark large-scale tiling. Interior elements are mostly atypically made with priority of Czech designs and brands / Ton, Bomma /. Selection of light objects for hotel rooms /Lasvit Yakisugi/ is a metaphor referring to a historical fire incident. 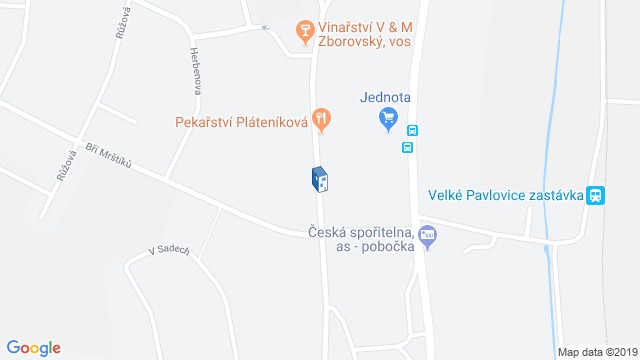 Location to be used only as a reference. It could indicate city/country but not exact address.
Share
Or
Copy
About this office
EA Architekti
Office
••• 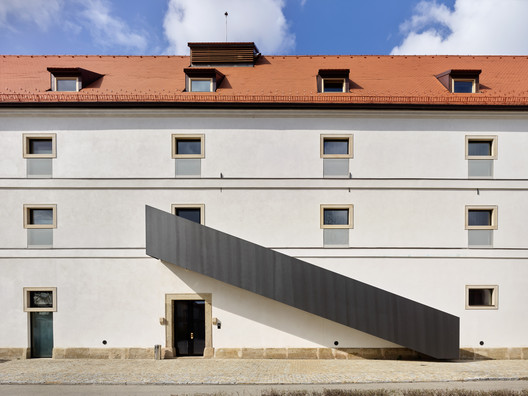