Save
The House of Meche: Workshop of Local Construction Practices / ENSUSITIO Arquitectura 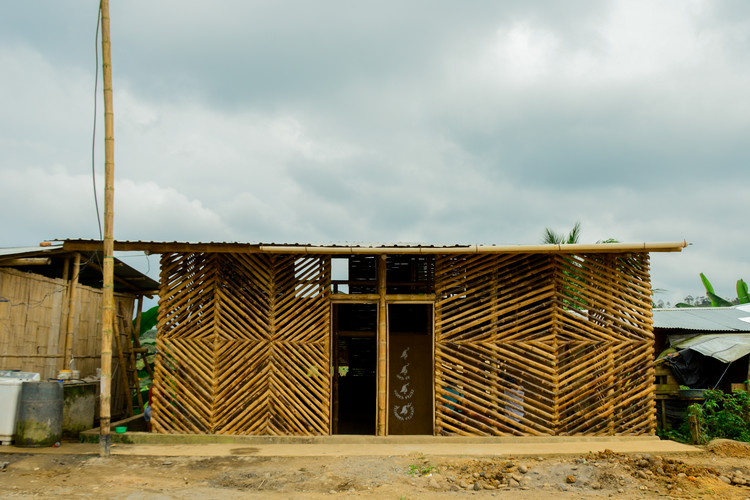 Text description provided by the architects. When considering the best way to contribute to the reconstruction after the earthquake of April 2016, it was clear to us that we should not build only for the sake of building, and that the best way to support is to transfer knowledge. When Pacari proposed to collaborate, our position was affirmative, as long as processes of diagnostics and understanding are generated together with the inhabitants, instead of charity and assistance. The reconstruction of the house of Meche, a cocoa producer, was an opportunity to develop a Workshop of Good Local Construction Practices together with colleagues from the sector endorsed as an extension course of the FADA - PUCE. (The Faculty of Architecture, Design and Arts of Pontificia Universidad Católica del Ecuador).

Based the concerns of the workshop facilitators regarding the problems that arose in their homes due to the earthquake, it was agreed on to work on foundations and secure anchors, containment of land, location of the bathrooms and the kitchen and water management. The available materials were bamboo cane, clay, sand, stone, coconut and wood. Fundamental in the design, construction and the workshops, was to contribute to breaking the cycle of poverty by using local materials as well as incorporating workspaces, such as a hair salon within the housing.

One of the most important discoveries on the plot of Meche was the earth, which because of being rich in clay requires less cement and therefore reduces the cost of the floor. Olmedito (cocoa producer and workshop facilitator) told us that the canes always used to be transported from the farm through the river to get to Pedro Carbo, but what was not known was that leaving the reeds submerged in the salt water for a few days cured the cane. That is also how the canes were treated for the House of Meche.

"I have built with cane before, but with time it breaks, it does not serve for structure," one of the workshop facilitators pointed out. Sharing the process and understanding the importance of diagonals and the use of concrete in joints provides the security and confidence required to show that cane, if well used, functions as a structural material. Making the walls of earth-bahareque took us more time and physical work, thanks to which the construction became a process of fortification of the social and familiar fabric as well. In the process of weaving the lattice of cane, different ways of weaving were presented with the idea to visualise the possibilities of the material. However, for Meche and the neighbours it was important to maintain a familiar pattern to the latticework.

For those who took part of the workshop, having a certificate from the university PUCE that certifies their learning, opens up the possibility of future work in construction and guarantees those who hire them the knowledge of techniques such as bahareque and bamboo cane in structure, masonry and window work.

In November 2017 the house, kitchen, living room, bathroom and three bedrooms were delivered. The hair salon was running and Meche was in charge of subdividing the interior according to the needs and the resources obtained from the income of the hair salon. In the last visit to the house in early 2019, the interior already consisted of two additional bedrooms maintaining the construction system and respecting the design of the communal areas of double height. 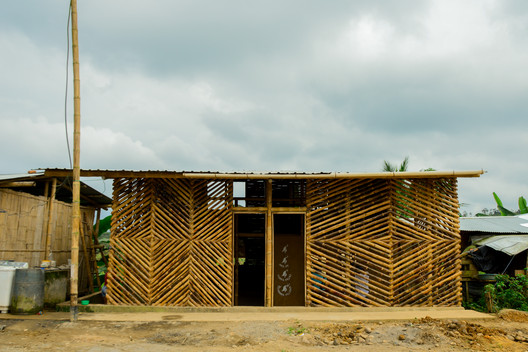