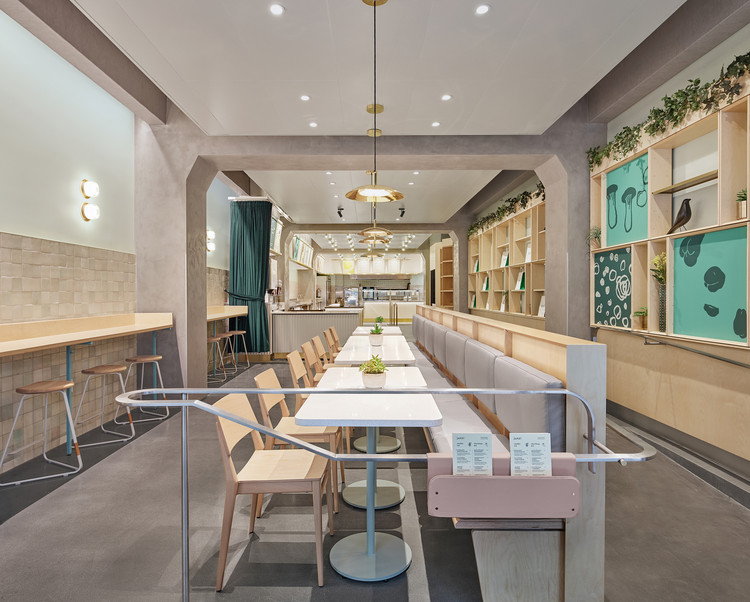 Text description provided by the architects. Fast-casual modern Chinese restaurant junzi has opened its fourth location on the ground floor of a historic building next to Bryant Park. Junzi’s in-house architecture design team, led by Xuhui Zhang, created the 1,930-square-foot restaurant with a theatrical, design-forward appearance inspired by the Broadway theater district. Junzi at Bryant Park is more than a fast-casual restaurant for midtown office workers. The restaurant stands out from typical commercial retail with its art-driven design combining modern tastes with elements site-specific to the building’s historic and urban context. At night, the restaurant can be transformed into a venue for fine dining.

“Every location we design takes inspiration from the neighborhood,” says Xuhui Zhang, junzi’s Director of Architecture Design and Development. “At our Bryant Park location, we were inspired by the nearby theater district. The building’s century-old concrete columns and beams reminded me of the proscenium arches found in a theater, so we kept the industrial structure and used it to divide the space into a series of stages.” Behind the glazed entrance is the first “stage,” the dining area with gray leather-upholstered banquette seating, white marble tables and a row of brass pendant lamps. White birch plywood shelving with junzi-designed graphics and countertop seating flank the central axis. Birch plywood, handmade terracotta tiles, and accents of mint green and light pink lend a sense of warmth while staying consistent with junzi’s branding.

“Center stage” is marked with a mobile island that converts from a trash station during the day to a DJ station and podium at night. A dark green velvet curtain can be pulled along a ceiling track to hide the service areas during formal nighttime events, such as junzi’s Chef’s Table dinners, and to heighten the theatrical ambiance. The final “stage” features two service counters where customers customize their food orders. Drop ceilings with theater marquee lights, folded white stone surfaces, black-and-white terrazzo floor tiles, and brass accents elevate the dining experience. “The marquee lights create an illuminating contrast against the more austere lighting elements at the front of house and enrich the visual depth by articulating a sense of ‘layers’ when looking into the space from outside,” adds Zhang. 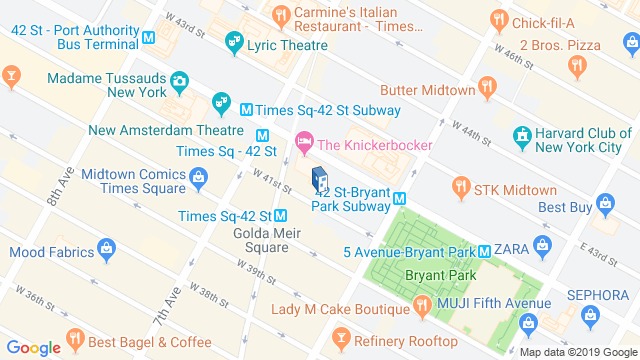