HENN has released details of their proposed CAMPUS ’25 in Linz, Austria. Designed for the Raiffeisenlandesbank Oberösterreich banking institution, the scheme is defined by principles of openness, flexibility, and multi-functionality, with a range of services open to the wider public. The central cornerstone of a new campus, the new building will contain co-working zones, shops, restaurants, and exhibition spaces. 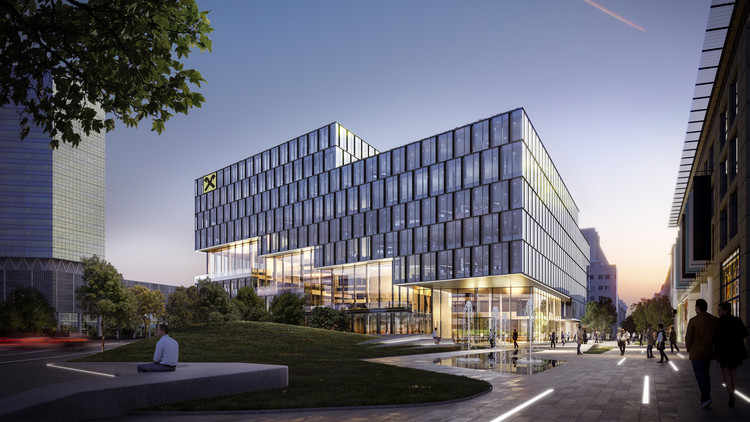 The building’s volume seeks to close a gap between the bank’s main complex and the nearby Blumau Tower. The new business headquarters is expected to house one thousand staff members, benefiting from an environment of collaboration and communication.

A sense of belonging and identity is generated through both the interior space and exterior design, with a fluid transition from the urban context into the atrium of the campus. The atrium extends as a spatial continuum to embrace the individual working spaces and beyond to the roof terraces. The effect is that of a “three-dimensional plaza,” zoning multiple floors via a large open space to give the offices a sense of rhythm and cadence. The lower floors fuse to form a generous and flexible occupancy area, morphing in the upper stories to become a modern office world.

The urban development framework is set by the uniqueness of the building’s cubic volume and its staggered, terraced vertical evolution which acts as a mediating force between the Blumau Tower and main offices. The interior plaza is additionally emphasized through a visual enunciation in the façade of the building, creating a “hovering” impression on upper levels. 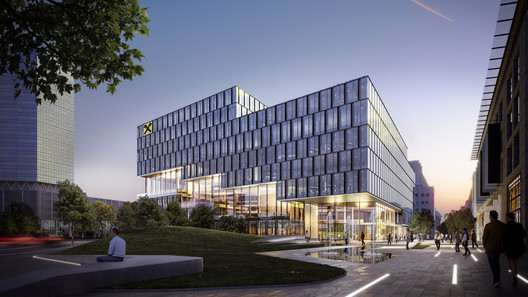