Save
Landscape For Play / Aberrant Architecture 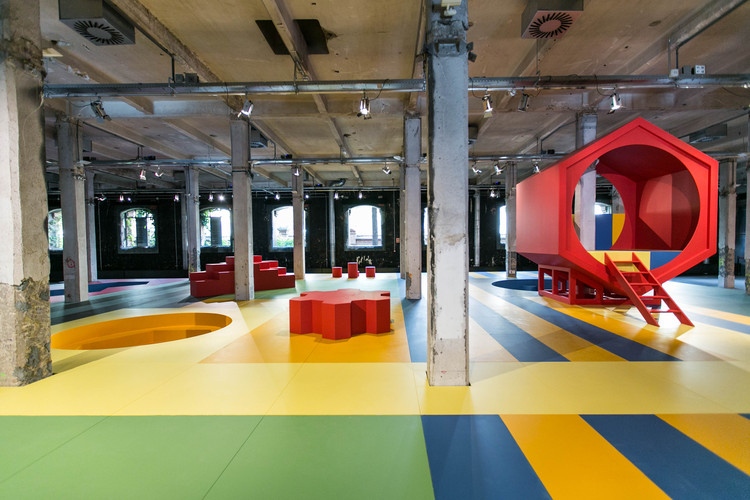 Text description provided by the architects. What spaces can artists imagine for boys and girls to play? How can a cultural institution experiment and offer new experiences for children? Aberrant Architecture has turned the Intermediae exhibition space in Matadero, Madrid, into a large installation that invites spontaneous and unregulated play. Landscape for Play is the second of The Intermediae Playgrounds, projects that seek to give a new role to children in cultural institutions. Aberrant Architecture proposes the creation of an installation devoted to free play in Intermediae.

Inspired by the architectural language of the great Dutch playground designer Aldo van Eyck (1918-99), Landscape for Play is a leisure-based proposal that shifts the shapes of the surrounding city to an interior space. To the question of how we can transform the urban space through play, Aberrant Architecture replies with structures, shapes, and colors that invite children of all ages to use this new place in an imaginative way. The resulting interior landscape is composed of follies, crevices and different elevations which, although they make up a fantastic territory that can be used by the communities that come to Intermediae each day, don't impose rigid restrictions in terms of how people must behave. This flexibility also means that the playground can be used as a setting for a range of activities during the months when it will be open.

David Chambers, the co-founder of Aberrant Architecture, said: “Inspired by the playgrounds of Aldo Van Eyck the forms of our playground derive from a series of varying geometrical shapes. Along with the colorful graphics floor pattern, the aim is to create a terrain for the stimulation of imagination, leading to opportunities for human interaction and free play.” Kevin Haley, the co-founder of Aberrant Architecture, said: “This playground is not just for Kids. Adults can also inhabit the spaces, create games and interact with their children.”

This Playground continues Intermediae Matadero’s work on childhood through commissions to interdisciplinary artists to design spaces for play. With these Playgrounds, Intermediae Matadero highlights the need to dedicate more spaces for children in contemporary cities. Through commissions to international artists to imagine new places to play, Matadero Madrid also makes a unique statement for the right to also play within cultural institutions.

Turning Intermediate into a space for play reinforces Intermediae’s line of work on childhood, a focus that will extend until the year 2020 with the involvement of different groups and agents. The creation of these Playgrounds was born within the framework of the Models for a City program which builds on the experience accumulated by Intermediae in previous projects such as La Madroñera and the atlas of neighborhood initiatives Los Madriles childhood edition. All of these projects investigate how art affects and proposes models of inclusion and coexistence in the city. 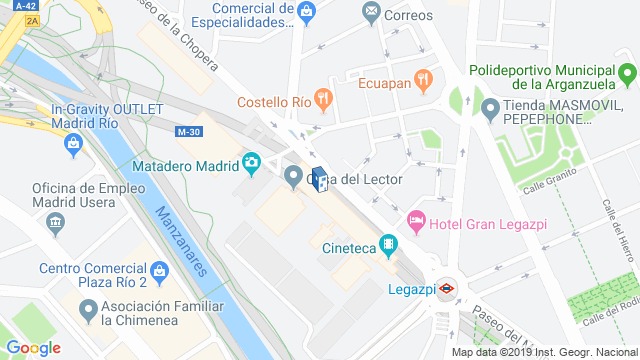 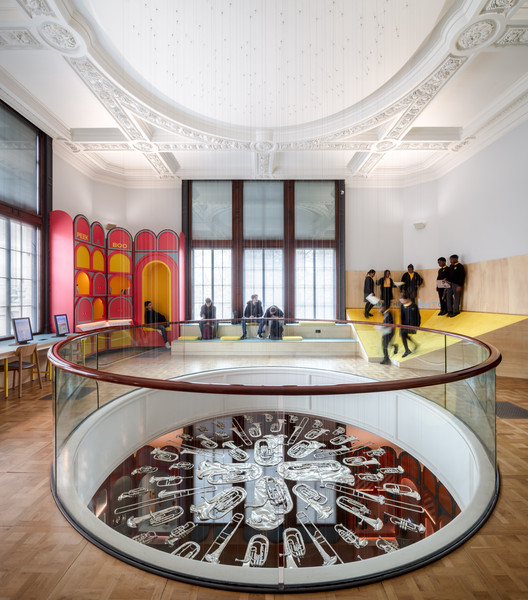 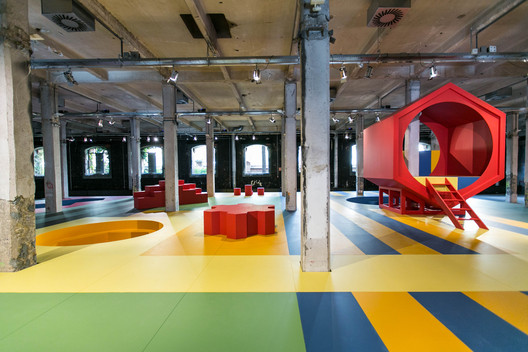