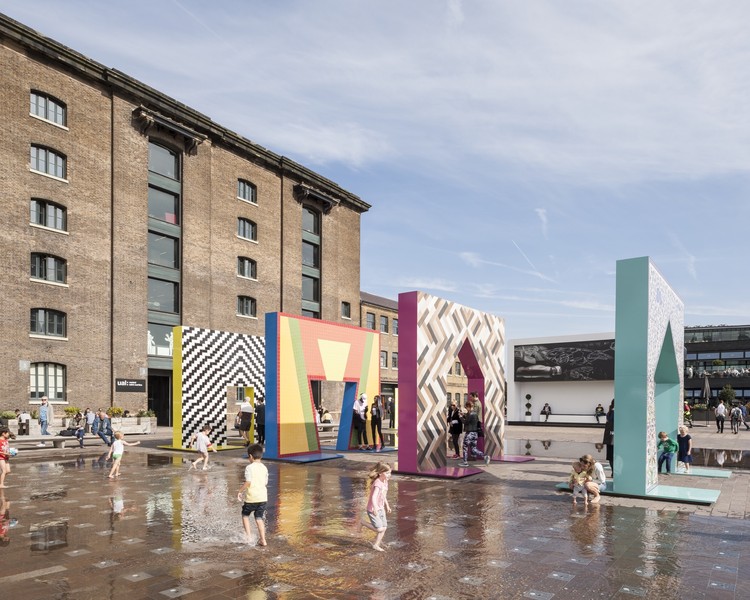 Text description provided by the architects. Four 4*4 metre ceramic gateways in Granary Square, King's Cross, as the entrance feature for Design Junction, London Design Festival 2017. A collaboration with Turkish Ceramics. "Gateways was intended to promote Turkish ceramics, but it far exceeded its brief, becoming the visual focus for the whole festival." Will Wiles, Port Magazine, September 29th 2017. Winner of the Blueprint Award for Small Project 2018

Four 4*4 metre ceramic gateways in Granary Square, King's Cross, as the entrance feature for Design Junction, London Design Festival 2017. There is no other architectural treatment that has remained as fresh, relevant and cool as ceramics has from a thousand years BC, right through into the twenty-first century. Gateways celebrates this incredible legacy, and its 21st century possibilities, uniting ancient Turkish manufacturing techniques, with the latest digital printing and manufacturing technology, in a joyful, super-interactive, public realm installation. Following an invited design competition, Gateways was commissioned by Turkish Ceramics for Design Junction, London Design Festival 2017. The brief called for a design that echoed the tradition of ceramic production in Turkey, as well as the diversity of its contemporary ceramics industry, whilst responding to the pavilion’s prominent location in the centre of Granary Square, and engaging with the broad range of visitors such a location would see during an event like LDF.

The location in the central strip between the square’s popular fountains was treated as a catwalk down which visitors could saunter theatrically. The design response was four gateways along the length of the strip, all of the same external profile, which gave a clear unity to the sequence, whilst allowing for each elevation to be treated individually with ceramics that told a different story. The openings were changed sequentially, made smaller and given different shapes towards the rear, so that on the one hand each surface treatment was visible from the front, but also so that a strong perspectival effect was generated that pulled people through to the end, and made them feel front and centre of a little dramatic urban moment.

Each elevation represents a different architectural period, whilst showing off a contemporary ceramic product from one of Turkish Ceramics’ manufacturers, and all are intended to celebrate the use of humble ceramic tiled elements (apart from one, these are all robust and cheap tiles) as spectacular architectural presences in the urban realm, reminding us of our history with the material, a history that spans continents and every era from the Ishtar Gate of Babylon, the Safavid facades of Isfahan’s Naqsh-e Jahan Square, and Sinan’s divine Ottoman mosques, to the maiolica cloisters of Santa Chiara in Naples, the gothic terracotta of the soaring Woolworth building in New York, and the famous red glazed ceramic Underground Stations of London. Humble flooring tiles that mimic natural materials share space with digitally printed tiles, bright hard-wearing coloured tiles popular in the 70s in sports centres and public transport projects, hipster neo-edwardian utility tiles that adorn many an east-end cafe, and hand-made tiles from Istanbul created in traditional Iznik fashion to an ancient decorative scheme recomposed especially for this first gate.

The gates caught the imagination of the public, and became a huge attraction in themselves. They were a hit on instagram (the most photographed from LDF ever supposedly), but this was simply a by-product of the way people interacted with them. Couples walked through them again and again, kids spent hours playing around them, and wonderfully, people wanted to know about them, about the tiles, about what they were, and how they might be able to do something similar. King’s Cross even asked if the gates could stay for more days than intended due to their popularity... 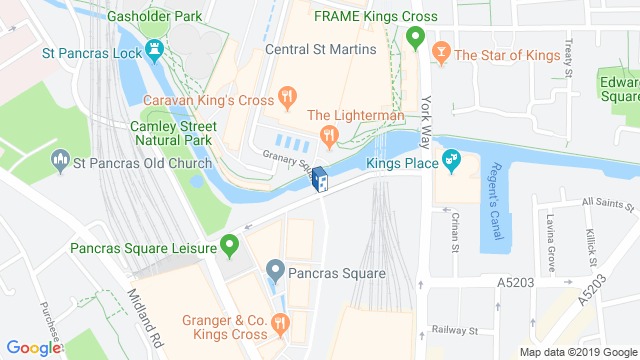 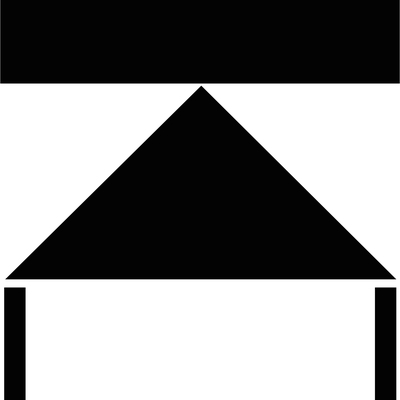