Save
33BY Designs Babi Yar Memorial for Ukraine
Share
Or
Copy

Ukraine-based 33BY Architecture has designed a Babi Yar memorial and information center for the city of Kiev. The concept of the project is designed to remind people about the tragedy at Babi Yar from 1941-1943. The info center was made to be a Holocaust memorial that could be moved and reinstalled in different locations. The project aims to convey the tragedy of events and create a space for contemplation and remembrance. 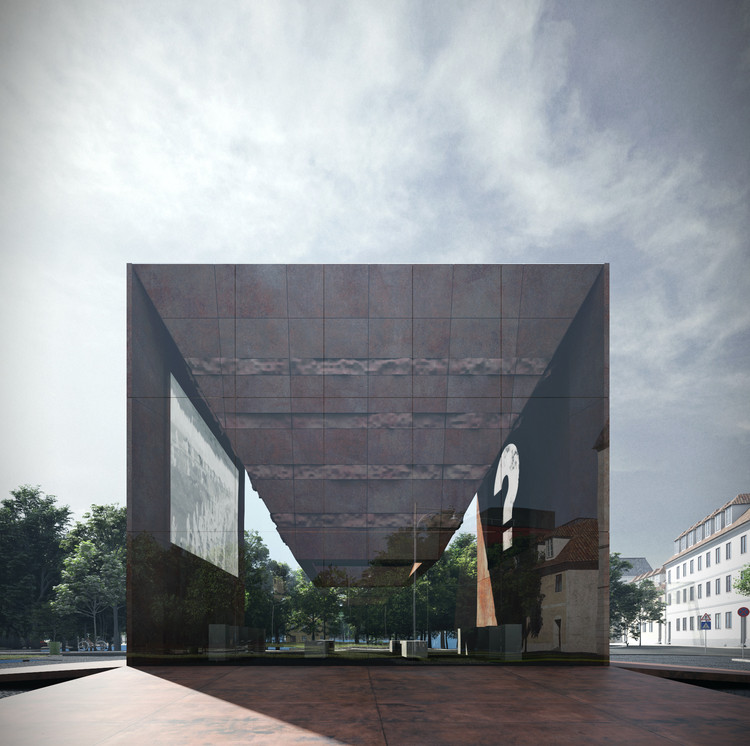 Babi Yar is a ravine in the Ukrainian capital Kiev and a site of massacres carried out by German forces and local Ukrainian collaborators during their campaign against the Soviet Union in World War II. The team approached the design project from a philosophical point of view, placing visitors inside the space to make people understand how important it is to remember. The volume itself is presented in the form of a cube that slopes from all sides, creating an association with the open Pandora's box, and the truncated pyramid symbolizes the buried slopes of the ravine with earth.

Going into the middle of the project, visitors come beneath the truncated pyramid. Looking up to the sky, visitors will be able to see the same thing that the victims of the German invaders in Babi Yar saw in the last minutes of their life. The memorial aspires to bring awareness of the tragedy at Babi Yar and the Holocaust more broadly.

News via 33BY Architecture 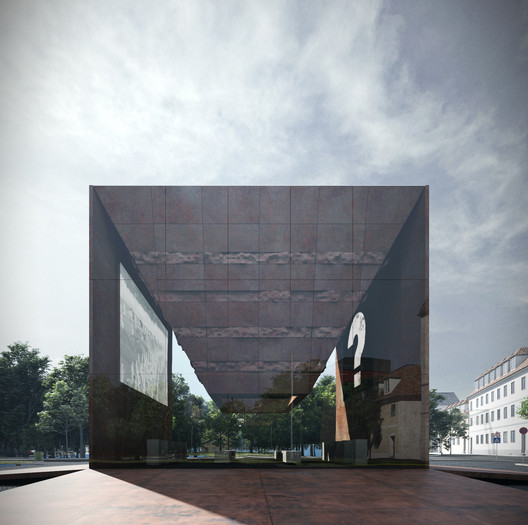