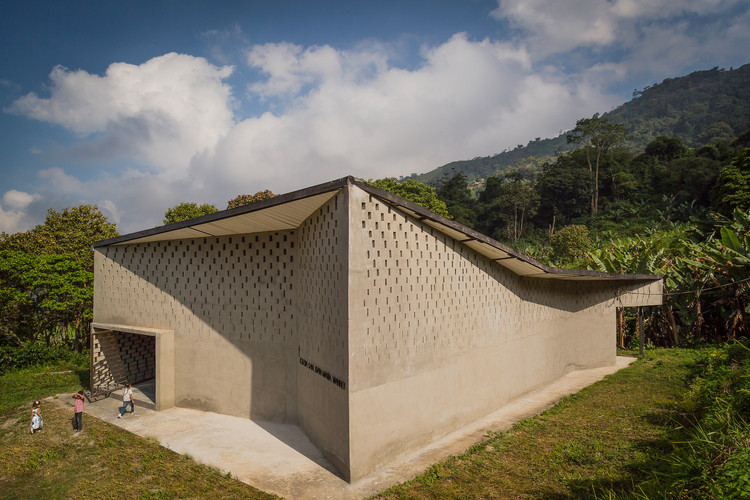 Text description provided by the architects. The San Juan María Vianney Church enjoys a magnificent view from the northern mountain range of Venezuela towards the Caribbean Sea and is part of the rural community La Media Legua, approximately two and a half hours from Caracas, in the state of Vargas. The church is designed to receive 200 people from nearby areas, many of whom travel by foot. The project also contemplates bedrooms and spaces for spiritual retreats for a future phase.

The church is built of concrete blocks converted into structural walls by inserting rebar and poured concrete into the interior cavities. Above the 2.40-meter mark, which corresponds to 12 rows of blocks, openings begin to appear that increase in width as the wall rises, allowing the interior space to be ventilated and naturally illuminated.

Three larger openings at eye level bring the exterior landscape closer to the church, framing trees and a cross. The construction was done by members of the Media Legua community. The materials, concrete blocks and steel, were chosen because they could be obtained with relative ease, since construction material shortages have been an issue in the country for many years. Another advantage is that concrete and steel require minimal maintenance.

The church is located in the Tarmas Parish, which has a population of 13,500 inhabitants, many of whom live in poverty. In terms of territory, the parish is very large with long distances between villages.

The grounds of the church have an area of ​​over 2,000 m2 that originally belonged to the Monterrey family, who were beneficiaries in the 1960s Agrarian Reform Law. Years later, cuts were made into a piece of land to level it, in preparation for a university agricultural program that was never materialized. The idea of ​​creating a church instead, arose out of community concern that the site might be expropriated by the government to build a socialist market or one of its social programs known as "missions" due to rumors they had heard. They decided to approach Father Abelardo Bazó, the Parish Priest of Tarmas, with the proposal to build a church on the site. This idea also corresponds with the community´s lack of a nearby place of worship, where most were obliged to travel more than an hour on foot to get to a church. This is how the initiative to create in that specific place, the Church of Media Legua was born, which was later consecrated as the Church San Juan María Vianney, in honor of the 150-year anniversary of the Ars Priest´s birth.

Today the church represents the center of the community. The space that precedes the church functions as a public square and with successive donations will be equiped with furniture, lighting and swings for children. Given the circumstances and challenges that arise in Venezuela to perform the most mundane tasks, the fact that the community managed to complete the church and use it for religious celebrations is in and of itself a very significant achievement. 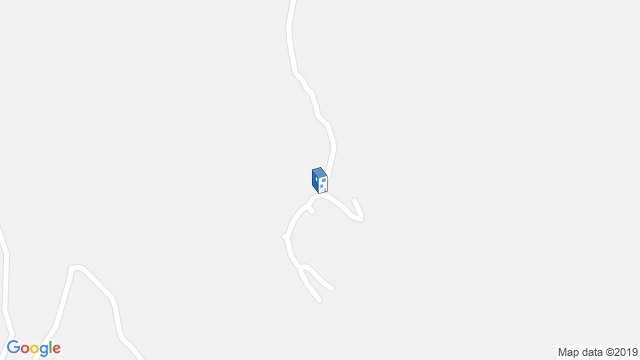