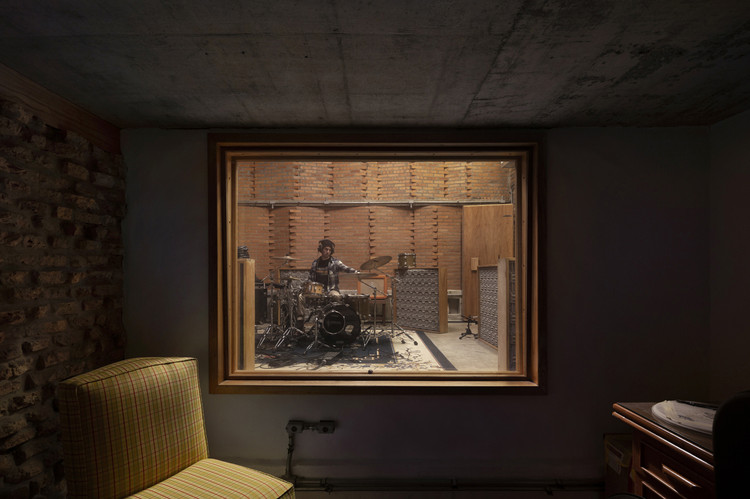 "To hear structure and to articulate the experience and the understanding of space". (Juhani Pallasmaa - The Eyes of The Skin, Architecture and The Senses)
"All space works as a great instrument". (Peter Zumthor - Atmospheres)

First, we built silence, then we designed how the architecture would sound. Hearing is the first sense that we develop in the uterus. It gives us information that ranges from reason, knowledge, perception, memory, to affective and emotional. The sound is perceived, not seen or touched. Matter allows its existence, it travels through it, but sound itself is not matter. Architecture is a means of propagating sound. In these times of the cult of the image, the ephemeral, form for form, visual overstimulation in media and networks, it is uncommon to conceive architecture with sound as a starting point: How does a building sound? How do the building materials sound? How does the built form influence the acoustics? How does the acoustics of a space affect the ear?

A recording studio can be defined as a set of technological devices that record sound with the best possible fidelity in order to modify it and use it as a raw material for creations that include audio (music, film, advertising, television, documentaries). Together with these technological devices (microphones, consoles, compressors, wiring, computers) one more is architecture, it is not only a spatial container, but it is an active part in the recording of audio. Manuals to build recording studios give us first world recipes, where the pieces are available in "Walmart audio" type of stores. Without such direct access to these materials and standardized technologies, we resort to understanding the properties of each piece and working from the physical responses of the materials. We built acoustically calculated shapes and proportions, taking advantage of the properties of common and economical materials.

We designed and built the concept "box in a box" as a starting point, that is, one box within another where each one is independent of the other. The first box is the pre-existing construction, taking advantage of the spatial and material, existing walls, the thickness and the mass, reusing demolition material created in the functional adjustments. The second box is the sum of floating floors, walls with "acoustic shapes and textures" and wooden ceilings. Between both boxes, the sound is dissipated and absorbed. The irregularity of the planes that make up the spaces allows the soundwaves to travel freely through the architecture.

The wood that was once was alive possesses the mystical property of absorbing sound, storing it in its molecules and getting charged with creative energy. That energy concentrated in space is shared and reabsorbed. We achieved spaces with an ideal reverberation that can be controlled but that couldn't be generated without the specific architecture. We converted an old house with a courtyard in the centre of Asunción into a studio/lodge, in order for the artist to be able to move mentally to a place of exclusive peace and creative freedom. 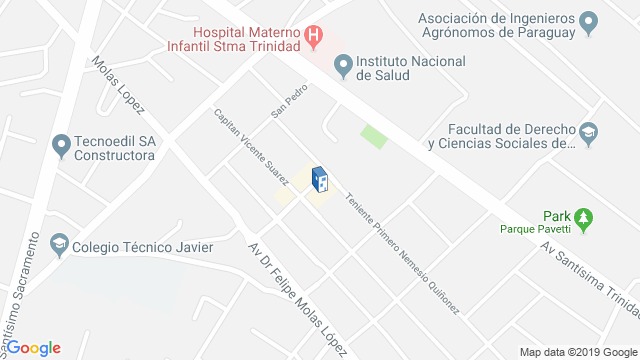 Location to be used only as a reference. It could indicate city/country but not exact address.
Share
Or
Copy
About this office
Grupo Culata Jovai
Office
••• 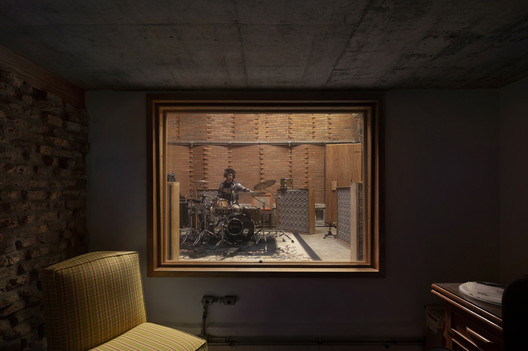