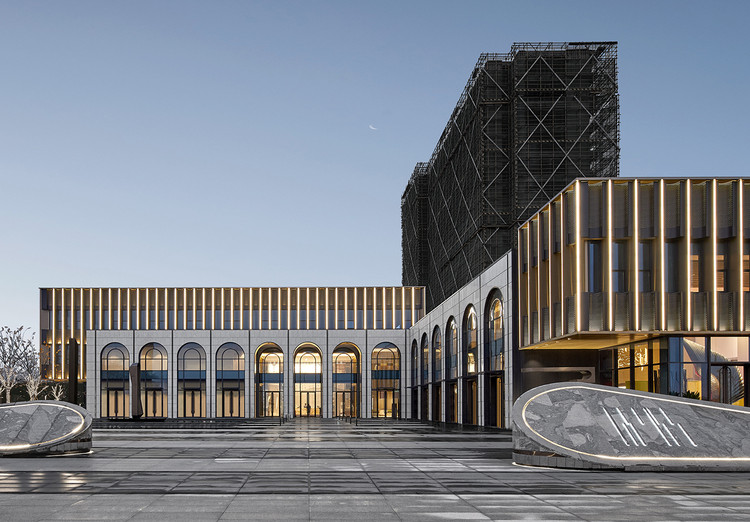 Text description provided by the architects. As a demonstration area of “Gemdale·Metropolis Light”, the project is located in the northwest corner of the plot. In the earlier stage, it will serve as the sales exhibition center for the whole community, and later turned into an integrated commercial square, becoming the community’s neighborhood center of daily life.

Building of the demonstration area stretches and occupies the total northwest street corner, forming an ultra-long external image display interface. The front space formed by the conceding road provides a place for activities and interaction, which is conducive to attracting crowds and enhance the social attributes of the site.

From the Bakaria City Hall of ancient Rome, to the Hagia Sophia of the Byzantine Empire, from the Palladian motive of the Renaissance, to the “Mondadori Headquarters” by contemporary master Niemeyer, the demonstration area façade extracts the essence of cultural artistic arches and combines it with the modern lifestyle, creating a modern, distinguished, elegant and luxurious urban experience. The site’s volume, the changing nature of the façade’s texture and the composition of the details emphasizes the rationality of the figure-ground relationship. Emphasis on symbiosis with the city, architectural symmetry, elegant scales and rich, refined shapes. The design of the building also considers the economical aspect, façade detailing combined with planar elements in design, achieving rich changes.

Modern Architect Mies van der Rohe believes in “devil in the details”. The control of the details in the flowing space of the building space is an essential part of laying an outstanding architectural design. Gemdale·Metropolis Light Demonstration Area carved every detail meticulously, the inverted arch design and the overall arched column layout intertwined, forming a perfect combination of the aluminum plates on Level 2 and the column corridors in Level 1, similar elements of space quadrants, reshaping the abundance of the façade.

Viewing the area from above, the Level 1 column corridors becomes an orthogonal axis, corresponding to the square paving and echoing with the internal landscape nodes. The level 2 aluminium plates splits and corresponds with it, forming a three-dimensional limit, creating a unified and orderly aesthetic three-dimensional space. Between the conflict of soft and firm, the starlight glaze calms the sparkling light of the city, comprehending the orderly beauty in the architect’s heart. 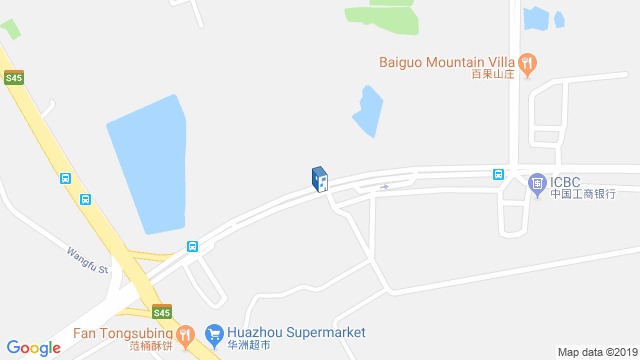 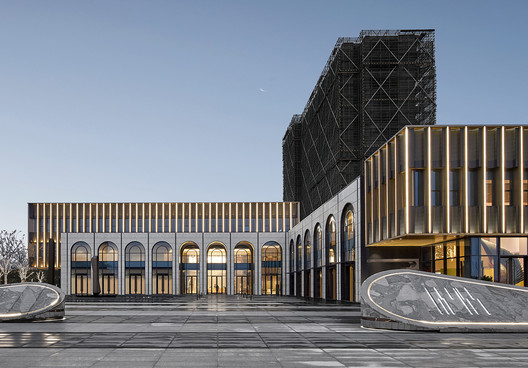