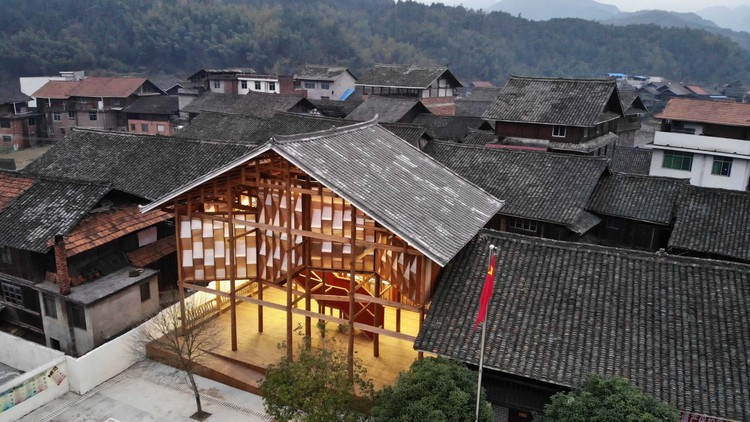 Text description provided by the architects. The Gaobu Book House serves the 2,500 people of Gaobu Village, one of the Dong minority villages in China. Like many other Chinese villages, Gaobu Village is challenged by “village-hollowing” in which the working-age population migrate. The Dong Minority community of China possess a unique cultural heritage rooted in land and customs.  After surviving hundreds of years, modernization today poses a serious threat to Dong’s identity.

Rather than accepting urban migration as a given, this project aims to restore dignity and induce development by proposing a small children’s library project.  Playing and curiosity come natural to children, hence our design generates an “active” architecture that allows children to engage and absorb knowledge through playing.

A Timber House
Every Dong building follows a set of unwritten rules which are interpreted by the carpenter and adapted according to the site.  This process establishes a sort of architectural genetic code where no two buildings are the same, yet belong to a common language.  Our design takes the traditional Dong house “Ganlan” as the creative starting point, where local timber is used for the framing which is adapted and reconfigured as to accommodate different programmatic and spatial configurations.  This spatial subversion generates a building that at first glance appears traditional, however on closer inspection, new unconventional relationships emerge.  By working within the system, materiality and craftsmanship inject new life back into the village.

A House of Stairs
Having witnessed how stairs become a key architectural element in Dong daily life, a place where people usually congregate around and where children love to play, stairs became the generating idea of the building. The library becomes a dynamic circulation and programmatic vessel for villages to interact.  While children are playing they can also stop and read books, rather than a chore, reading becomes fun.

Most children within Gaobu are raised by their grandparents until the age of ten when they are forced, due to lack of facilities, to leave and study in nearby towns. Educational facilities such as schools and libraries are scarce, hence our idea was to offer an educational incubator, a house for children to learn through playing.

The 200m² timber 2-story structure revolves around a central stair that acts both as a means of circulation and identity of the building.  The ground floor is conceived as a covered open space for public gatherings and local exhibitions, while each wall of the above house is dedicated to a specific educational theme. The internal spaces become rooms where people can engage in classes and public events while the stairs acts as reading area.  By activating the façade through the design of the stairs, the building becomes a dynamic vessel for villagers to interact with rather than static object building devoid of life.  At a time when the digital world seems to have embraced all facets of contemporary society, books offer the children of Gaobu a means to dis-connect and dream about their future. 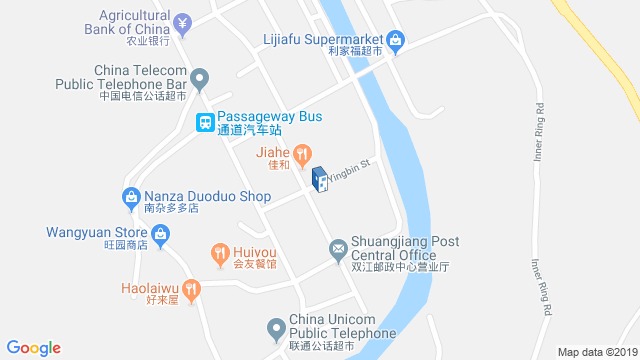 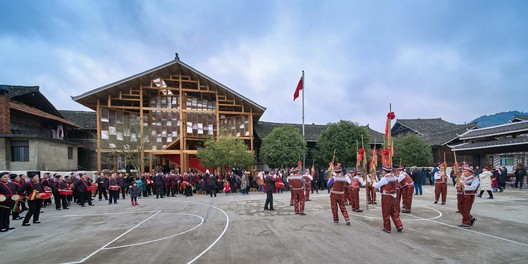 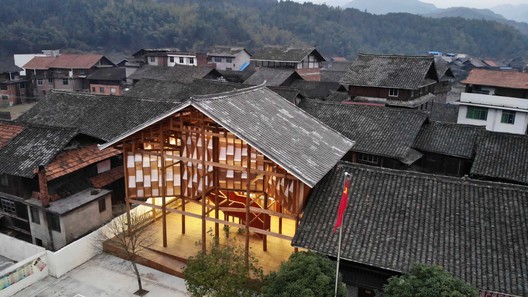