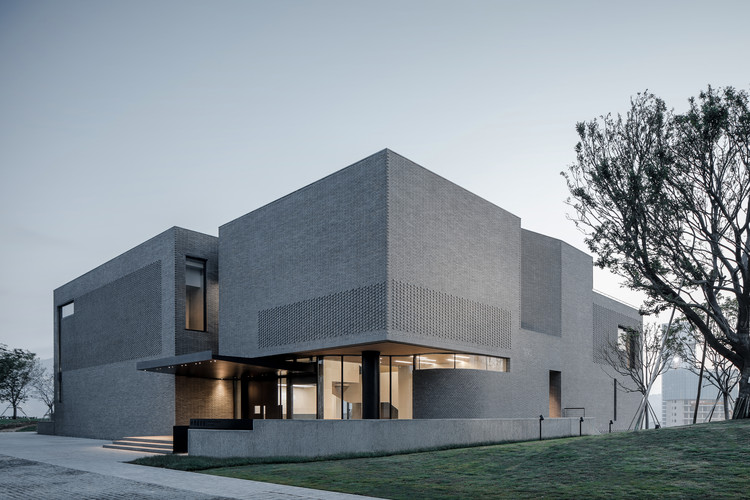 A CIVIC PROGRAM
Located on the campus of Xiaojingwan University, a private educational institution in Shenzhen, the CRLand Archive Library has a dual program. The building’s primary function is to serve as an archive for the client, holding all of its physical and digital records in a subterranean vault built into the hillside that serves as the project site. Atop the archive, the project functions as a gallery space and lecture hall that serves the adjacent campus, adding a civic and cultural dimension to the project.

The project’s upper two floors that house the building’s public programs are restricted to a boxy massing defined by the footprint of the archive vaults beneath. To increase the connections between the internal program and the site beyond, Link-Arc created two interior public spaces: an understated entry lobby connecting to the main campus, and dramatic exhibition space with views of the city and landscape beyond. The two spaces are connected by a linear “skylight hall” which provides access to the gallery and lecture hall spaces within.

BREAKING THE MASS
The building massing is articulated via a multipronged strategy that maximizes local conditions. At the main entrance (closest to the main campus) the interior lobby is articulated as a separate volume with the entry beneath, creating a dignified public entrance.

At the east end of the site, the exhibition lobby is defined by a dramatic angular cut that adds visual drama and connects the internal public space to an exterior terrace.  This terrace enjoys dramatic views of the city and landscape beyond and connects to a series of ramps and terraces that allow visitors to access the city at the bottom of the hillside.

The building is covered in a handmade gray brick that unifies the massing and adds texture to the exterior surfaces.

The brick is articulated in many different ways to add further visual texture to the exterior and to maximize the effects created by a single material.

SURFACE AND DETAIL
As part of the design process, Link-Arc studied the possibilities inherent within the geometric module defined by the brick. It is used both as a solid cladding, to promote a sense of mass and weight.

As light skin, to promote transparency and architectural layering. The mass of the brick, combined with a series of clear subtractive gestures, combines with the skin effects to create a dynamic exterior massing and compelling interior experience.

In addition, the hand-made quality of the custom brick modules adds a unique texture to the surface that connects the project to the earth, to history, and to the simple act of making.

Each brick, formed and fired by hand, records its own making and creates a dynamic surface that changes over the course of the day. 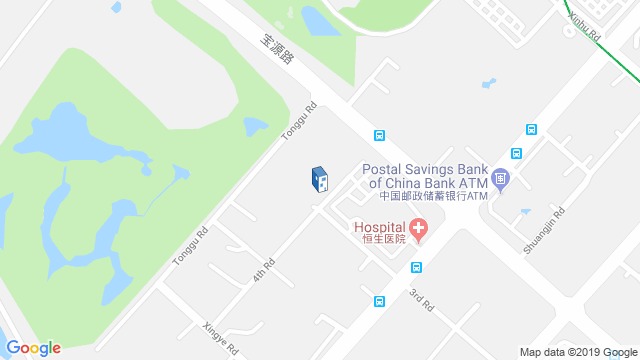 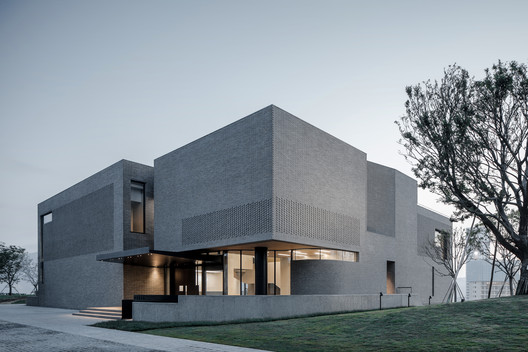