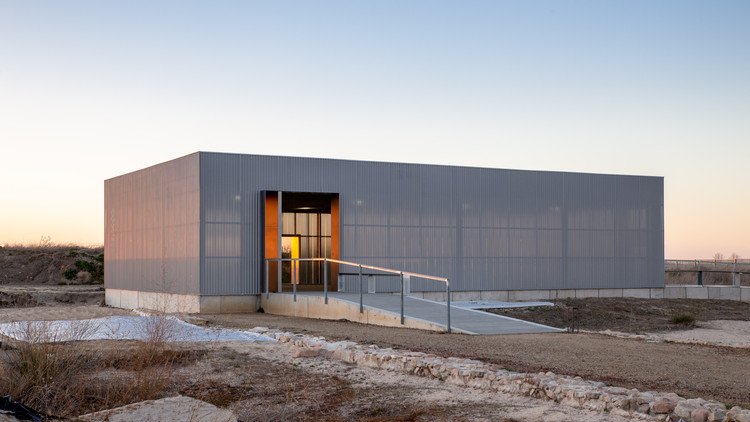 Text description provided by the architects. The Roman Villa of El Vergel is located on the outskirts of the town of San Pedro del Arroyo, Ávila. It is a set of large dimensions, excavated only partially, which houses several mosaics of great value. The town is partially buried under the parish church of San Pedro Apóstol and the cemetery, which complicates its recovery and enhancement.

The intervention in the Roman villa has been planned in phases, based on a design strategy that consists of the construction of a walkway that generates the journey through the interior of the villa, which can be connected to different pavilions, built separately, protecting the mosaics independently. In this way the construction of a large nave that covers the whole villa is avoided, which, besides being unsustainable, completely cancels the presence of the villa in the landscape.

In Phase I, the perimeter fencing of the village was made using micro-perforated corrugated sheet. In Phase II, the general access to the villa and the complete footbridge that allows the accessible route through the interior of the villa have been built. The walkway has been made using modular elements of prefabricated concrete, which allow reversibility and ensure durability and absence of maintenance. In Phase III, the first two pavilions have been built: a Visitors' Pavilion, with a reception and exhibition area that partially occupies the baths space of the villa, with a large glazed aperture that reproduces the original width of the pool door; the rest of the pavilion shelters two of the first mosaics; the second pavilion completely protects the mosaic of Meleagro, in whose central scene the mythological hero appears killing the boar of Calidón.

The pavilions not only protect and shelter the archaeological remains, but also "complete", in a certain sense, the ruin, giving more information to the visitor when recovering the interior space of the rooms. To do this, it has been built a double façade that reproduces the interior and exterior faces of the old Roman wall, as well as its original thickness: the outer face is made by the same corrugated micro-perforated sheet of the fence, while the inner face is a continuous u-glass wall.

Between the two sides is the steel structure; that rests on precast modular concrete elements, which are located on the looting of the original Roman wall. Finally, the diffuse light and the formal abstraction of these spaces allow establishing a critical distance between the modern room and the original Roman room, while inviting the visitor to experience these fragments of the villa as they really were: interior rooms. In this way the visitor passes, during the visit, from outside to inside, but without ever losing the sense of the location of the villa in the landscape. 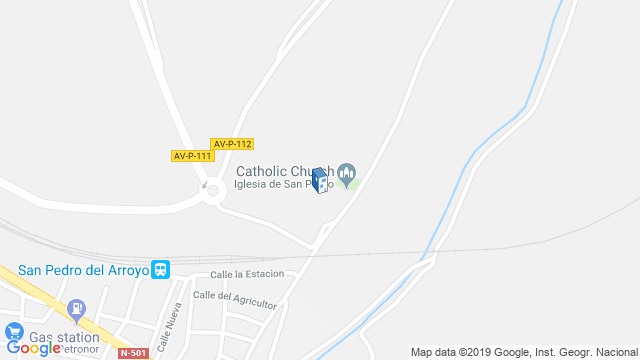