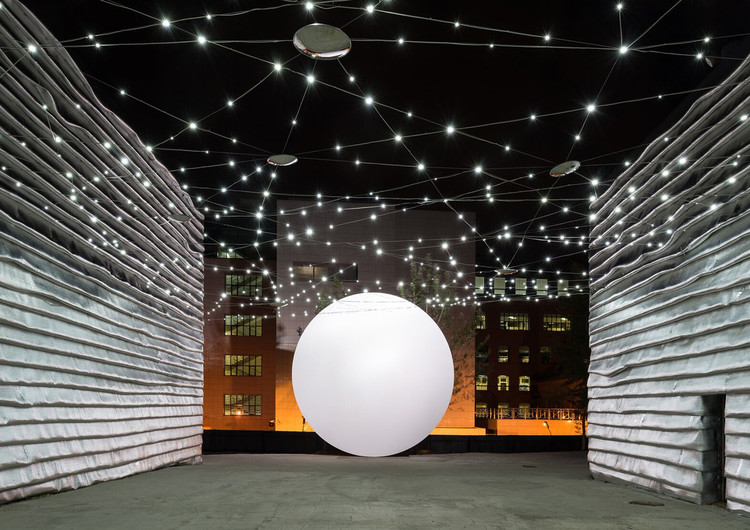 Text description provided by the architects. EMA is a project of revitalization of an ex-industrial territory in the center of Moscow. In the last decade, the industry (factory of Electrical Medical Apparates) was relocated and the territory became abandoned. EMA renovation project reveals and leverages the hidden infrastructure of the city, which plays a substantial role in everyday life, but remains hidden and mute. Both physical and digital elements are brought back to light in order to create a new reality.

EMA project consists of several interventions of different type: first is silver background – a new façade, made from insulation foil, which is traditionally used for covering the ducts and insulation. Second one is the Infrastructural Sky, consisting of suspended wires which carry lights reflectors and loudspeakers. Third one is the Disc (the pill, the moon) – a 9m- high circle which adds to the scenographic atmosphere of the space. This “paper moon” is painted by the special roadwork paint, which has reflective particles inside and because of, that it looks extra-white and abstract. 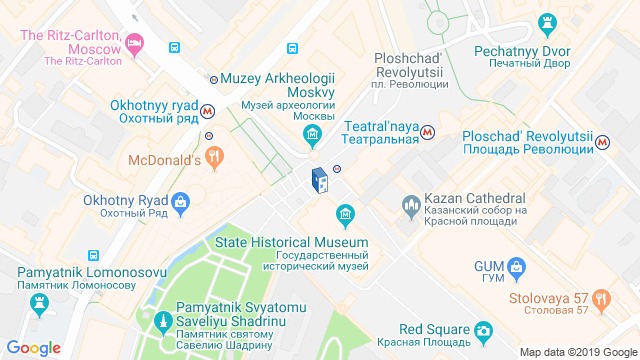 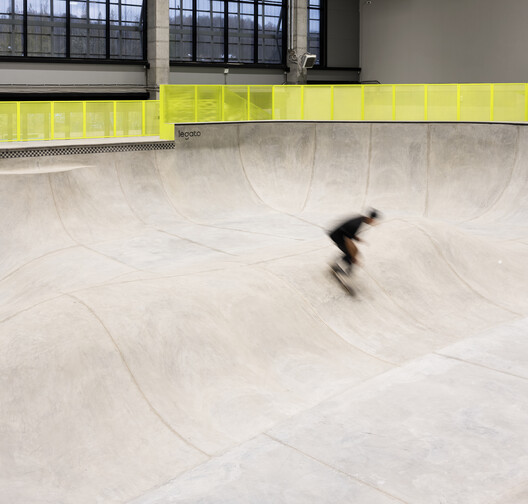 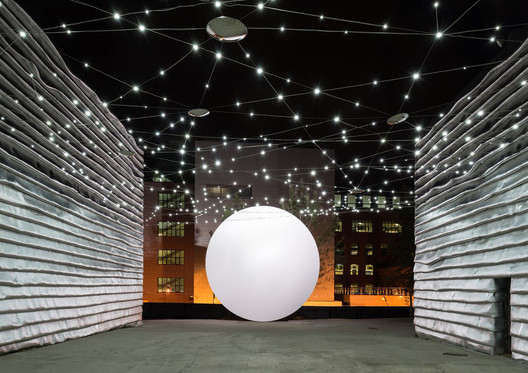