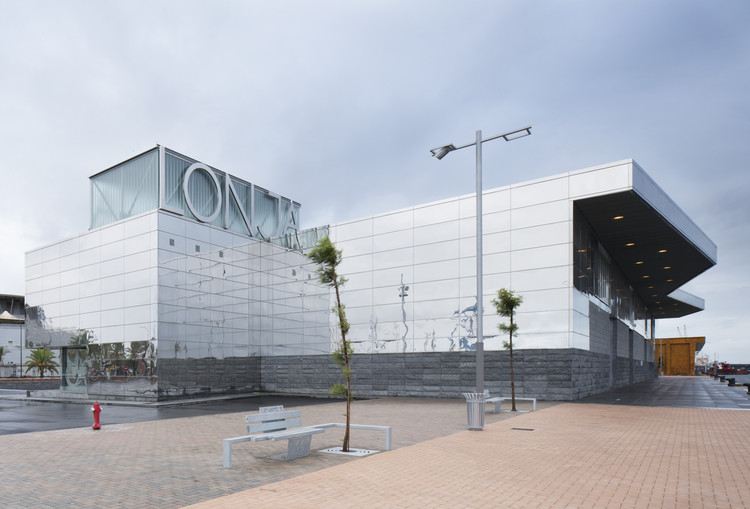 Text description provided by the architects. La Lonja is an industrial building next to the Ría de Huelva-estuary. Due to its use for auctions, markets and resale of fish and seafood, it has precise and concrete functional characteristics, reflected in the numerous regional, national and European regulations. Its extreme proximity to the river and its use exposes the building to a high degree of humidity and corrosion, which demands the use of non-oxidising materials and materials of low degradation. As an anecdote, it must be known, that it is a building that is not swept, but that it is flushed with water directly, which implies the use of this type of materials.

The strong and aggressive use of the facades, in the loading and unloading of the fish, is solved by using rough-cut granite, a true absorbent of blows and scratches. The flat and horizontal roof of concrete slabs is designed as another facade, given its low height and its visibility from the adjoining higher buildings. The upper floor, allows the visitor to appreciate each and every one of the actions of the fish market. Making a tour and gazing through large glazed courtyards, one can see the entry of fish by boats or trucks, the auction of the products, the display of second sales, and the departure in refrigerated trucks to various destinations.

The formal development of the proposal is based on the concept of horizontal linearity. This leads to a quasi modulation of space with a constant height, unified in order to give the model a strong horizontality; an essential fact in the landscape of the Odiel river estuary, where the horizontality of the landscape and the horizon itself merge into one and the same thing. To put it another way, the proposal is developed as an architecture of limits. Its location between the port fence and the riverbanks makes it appear as an object of strong presence. Its scale and potency are attempted to be minimized by the use of reflection in the facade. The loss of materiality of the building is found in the indirect visibility of the environment. At the same time, as it runs parallel to the estuary, it allows you to enjoy the view and the impressive horizon of the marshland.

The light is the main protagonist of the building. Light in its various forms: reflected, direct, translucent, white or coloured, creating an interaction of the luminous planes of colour, appearing and disappearing according to the position of the sun. The light in constant mutation and the atmospheric changes of the sky, produces different visions of the building, due to its constant exterior and interior reflections. Geometry, scale, proportion and materials are taken care of as basic elements of the architectural composition. 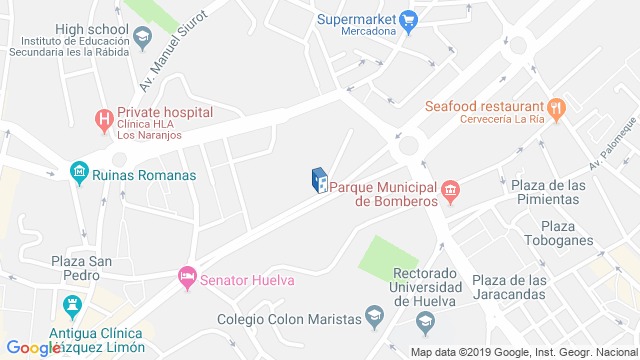