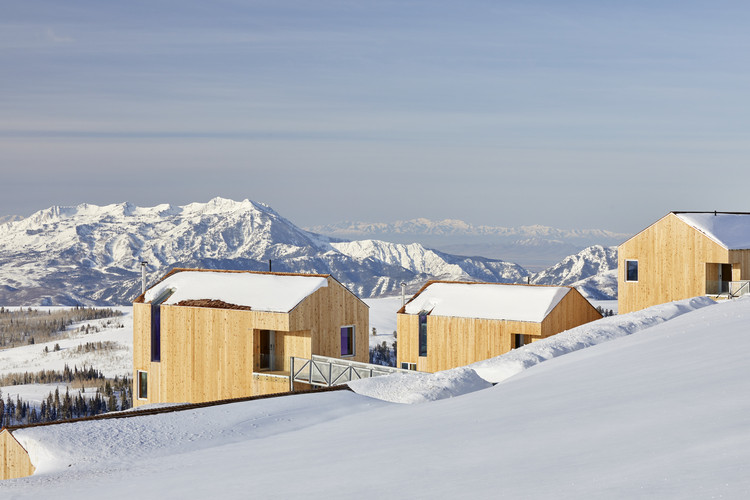 Horizon is the first pre-designed neighborhood to be built at 9,000 feet elevation on Powder Mountain, Utah. It consists of 30 cabins ranging in size from 1,000- 3,000 square feet, along with a series of strategically placed garages, and a communal lodge called the ‘Pioneer Cabin’ for the use of the homeowners. Buyers choose from four typologies, which either follow the contours like mountain goats, or are cross-grain, projecting off the mountainside like extreme skiers. The cabins are then customized for each owner. The theme and variation strategy, in combination with the dramatic topography, results in a neighborhood that has a powerful sense of both unity and variety. The first eight cabins are now complete, with subsequent units under construction.

Commissioned as a home base for Summit Series, an ambitious speaker program that attracts a community of innovators and social impact investors from a broad range of fields, this new village is an architectural expression of Summit’s values: community building, climate responsiveness and land stewardship. This isn’t another ski resort, but rather a planned community for entrepreneurs and creatives working together to address global challenges.

The cabins are aggregated around courtyards in a way that maximizes both community and privacy to foster chance meetings and social interactions. The experience of passing from garages, between units and under bridges is like a game of ‘Snakes and Ladders’. The siting of the buildings and bridges was also carefully organized to minimize views into neighboring units, while framing unobstructed, southwest sunset views.

MacKay-Lyons Sweetapple’s modest cabins stand in contrast to the excessive architecture that is now typical of resorts in the Mountain West. Each cabin consists of a cedar-shingled roof and vertical shiplap cedar walls inspired by the cedar clad barns of the Eden valley below. Aluminum-clad wood windows, and cedar interiors complete the monolithic sculptural effect called ‘Heritage Modern’ by the clients. The cabins are accessed on the second floor via steel bridges due to the extremely high annual snowfall that gives Powder Mountain its name.

This is MacKay-Lyons Sweetapple’s first completed project of many currently in construction in the United States since opening a satellite studio in Denver last year. The practice is well known for drawing on regional building practices and material culture, and looking to local climate and landscape, to create responsive contemporary architecture that expresses archetypal qualities and universal resonance. Similar village making projects include a recent collection of cabins on Bigwin Island in Muskoka, Ontario, Golden Groves at Margaree in Cape Breton, and Shobac Farm in Nova Scotia, on the edge of the Atlantic Ocean. 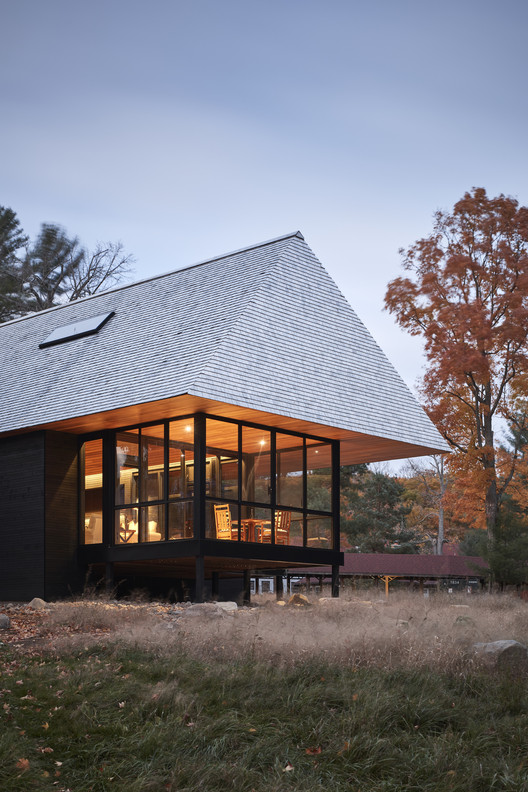 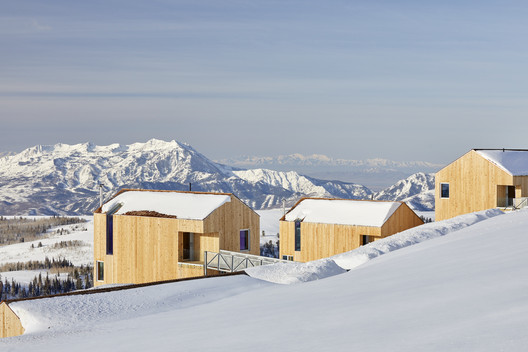