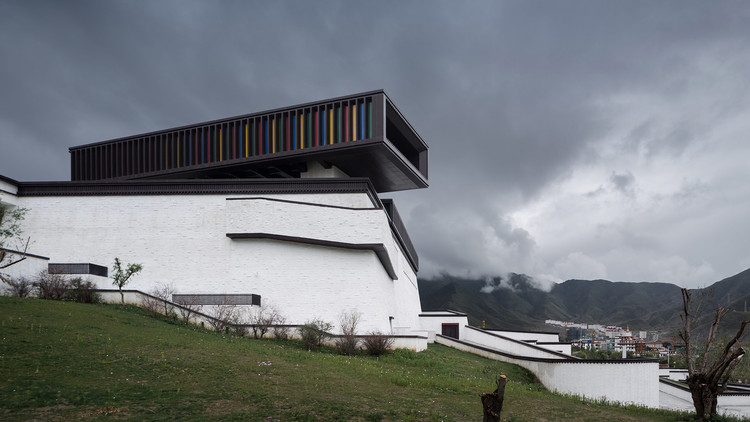 Text description provided by the architects. Jointly funded by the Shenzhen Municipal Government and Vanke Group, the Tibet Intangible Cultural Heritage Museum is constructed by Vanke as Shenzhen’s key project in support of the Tibet Autonomous Region.

Being located in the newly developed Cijuelin cultural and creative park, the site of the building is on a slight slope extending from the Lhasa river valley ,facing the old city proper of Lhasa across the river to the north, and surrounded by mountains on its eastern , western and southern sides.

We hope the building will become Tebet’s new cultural landmark, integrating into the existing natural environment and urban texture with a friendly attitude as well.  Meanwhile, it is expected to establish a culturally symbiotic relationship with Tibet’s important historic buildings such as the Potala Palace and the Jokhang Temple, thus forming among them a dialogue across both time and space.

Lhasa is a very special city. Here, nature and humanity, history and modernity intertwine with each other, forming the specific conditions for our design as well as the core of our thinking.

Tibet is considered to be a holy place close to the sky, with the Potala Palace and Jokhang Temple being pilgrims’ destinations. So, our basic design concept of Heavenly Road is consistent with the most unique natural and cultural genes here.

The concept of "heavenly road" is embodied at three levels. Firstly, we find a walking path at physical level. Inspired by the prototype of zigzag footpath of Potala Palace, it is transformed into a spatial circulation rising from the entrance of the site to the building and spiraling up inside the museum.

Secondly, it means a unique experience of space. The main volume of the museum evolves from the main hall of the Jokhang Temple, forming an introverted and stable space. The touring path of the “heavenly road" put up in such a space creates a diversified spatial experience that makes people feel tall, narrow, spacious, dim, or bright in different public spaces or exhibition chambers, and indicates an reflection of a special journey of life.

The subtle psychological and emotional changes triggered by the unique spacial experience leads to a third meaning of the heavenly road, the road of heart.

After appreciating the rich intangible cultural heritage of Tibet through a hard climb, visitors will finally reach the ending point where they can overlook the Potala Palace across both time and space, establishing a dialogue as well as paying a tribute not only to Tibet’s great natural landscapes, history and culture, but also to the holy land at the bottom of everyone's heart. 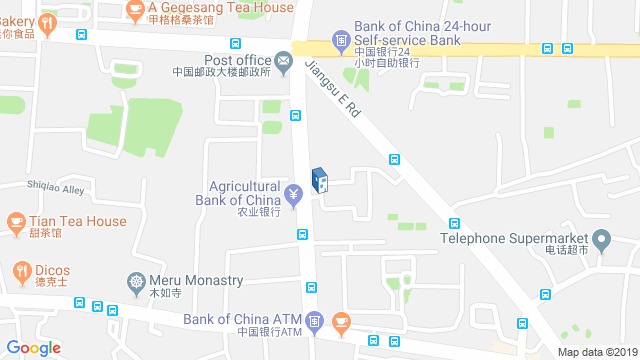 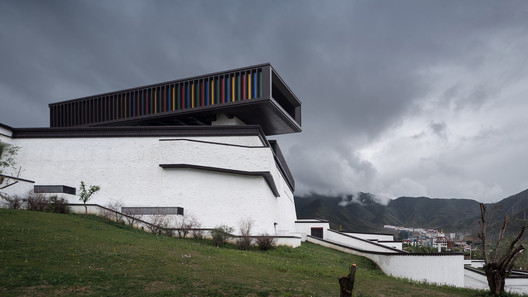