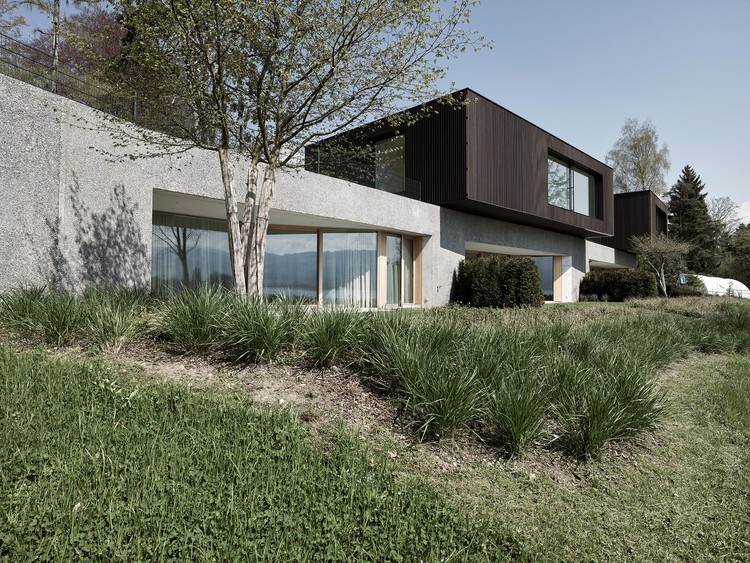 Text description provided by the architects. The Villa “Zum tüfen Graben” lies in a cove at the lake Zurich. The whole ensemble consisting of the villa, a barn and a classical garden with two garden pavilions is protected by the preservation order. The villa is divided into two apartments; one of the apartments is let. The clients asked Urben Seyboth Architects for a study for additional accommodation units. The study revealed that the depth of engagement of the historic and protected structure of the villa would be massive and the costs, in consideration of the statutory requirements by the preservation order, disproportional. Urben Seyboth Architects advised the client to build a new construction on the empty space located eastward of the villa.

The client supported the concept benevolently and assigned Urben Seyboth Architects to create a building complex study. Immediately next to the eastern access of the villa, the terrain is heavily inclined towards the lake. Directly next to the villa, a supporting wall with two garden pavilions forms a prominent base which emphasises the neo-classical villa garden from the naturally grown, inclining terrain. This prominent base becomes the leading design element: The eastward continuance of that existing base forms a spacious extension of the mansion's park. The realization of the design however, is subject to major planning latitude as it does not comply with the legal bank protection authorities of the Canton of Zurich and the council building regulations. In collaboration with the communal and cantonal authorities, a master plan was developed and along with it, the basic concept including the original ideas could be further developed.

In a free arrangement three pavilion-like buildings are placed on that existing base, keeping a respectful distance to the villa. With their dimensions and facades they form a deliberate contrast to the strong classical facades of the villa and garden. The space between the new buildings and the villa becomes a natural part of the park-like area encasing the villa. Since the building area lies within the zone of the Roman settlement “Centum Prata”, archaeological finds were anticipated and as a matter of fact, precious artefacts as stoves and art from the Roman cult of Mithras were found. The excavations and the securing of the artefacts by the archaeology commission of the Canton of St. Gallen, delayed the construction time considerably, however, made a contribution to the further exploration of this populated area, dating back at least 5000 years. 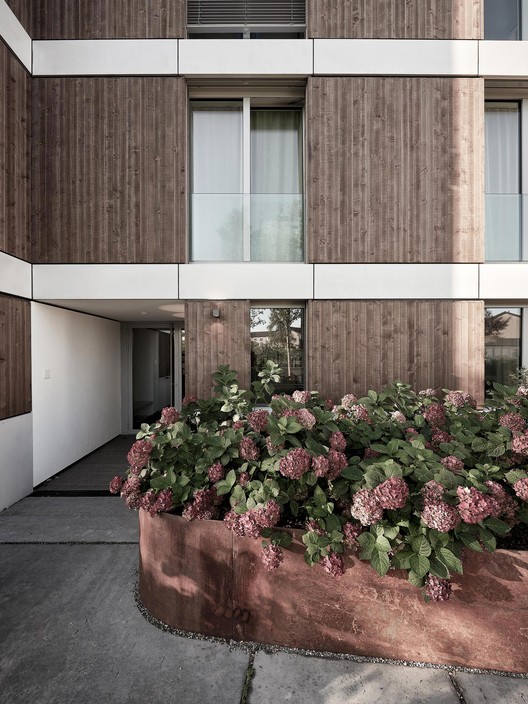