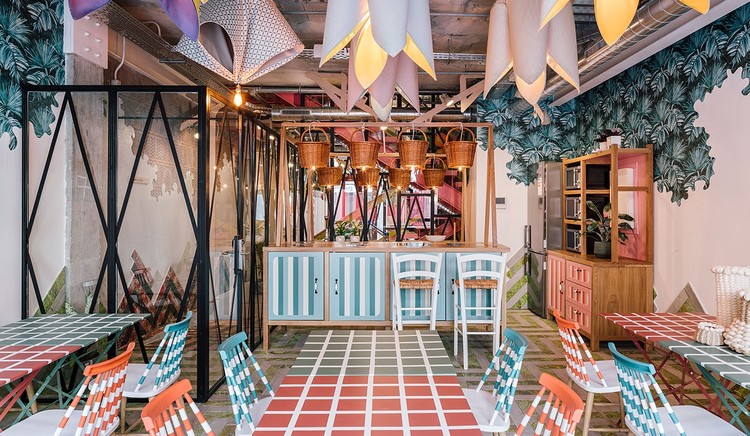 Coworking space with a secret garden paying homage to Gràcia’s modernism
Until the 18th century, Gracia neighborhood was a rural town articulated by “masías” (typical Catalonian rural housing), religious convents, and high-society manor houses. From the 19th century, with the second industrial revolution and the destruction of Barcelona’s medieval walls, the neighborhood became key to the urbanistic expansion of the city. All ancient cultivation fields became terrain to construct and install new industries. Paseo de Gracia, being the bourgeoisie’s favorite Sunday walk path, soon propelled Vila de Gràcia to be permanently annexed to Barcelona in the year 1897.

Despite new industries, the neighborhood maintained its rural character for about two centuries, and today, highly rural fountains, patios, houses, and buildings serve as evidence of its past as a small semi-agricultural municipality. In addition to its rural essence, Gracia contains a Modernist patrimony of great interest. It extends all the way from Lesseps until Jardinets, passing through the “Rambla” of Prat or of Carolines street. There exist buildings unknown to the vast majority, filled with undeniable beauty and uniqueness. At only 150 meters of our site, within two minutes of small pleasant and shadowed streets, we find the recently repaired Casa Vicens, a UNESCO world heritage designed by Antoni Gaudi.

Casa Vicens, built between 1883 and 1884 when Gaudi was only 31, is considered the architect’s first full construction. The house is wondrously rich with nature-inspired deco, demonstrates a varied catalog of ceramic artisanry, and establishes a gorgeous relation with a garden, through a sunset-protected tribune. Our coworking has been inspired by the Gracia neighborhood: its rural preexistence, modernist architecture, and Casa Vicens. One of the most evident footprints linked to this inspiration are the traces of ceramic scattered throughout the façade and the interiors. Our team of architects has done exhaustive research to acquire ecological ceramic of easy maintenance but at the same time of great artisanal quality.

Pieces of natural aspect have been collected, many times in clay-colored tones that resemble their raw origins. As well, semi-vitrified protections have been applied, making the resemblance to the artisan workforce and ceramics fabricated when Gracia was annexed to Barcelona. Natural inspiration in our interior spaces is another aspect that links our coworking to the local modernist tradition. Illumination, electrical cables, railing, wall finishes, and way-finding techniques are inspired by the geometry, color, and material logic of trees.

. Visitors entering the facility will slowly discover all hidden trees throughout the space, inviting others to come and explore as well. However, this connection to nature is not just limited to visual similarities: the overall design has kept high sustainability standards as one of its principal priorities. Many solar panels and passive ventilation techniques have been implemented, drastically lowering energetic requirements with the need for less local electricity and air-conditioning. The staircase, centered in a plan, consists of a wide crystal skylight and a solar chiminea that guarantee a natural form of air renovation without much noise-pollution,

All these elements, alongside the building’s small scale, are destined to host a select community and establish close ties. They provide a unique interior atmosphere: relaxed, cozy, and naturalistic. Clementina seems to be very far from the productive stress typical of other spots in Barcelona. The secret garden, oriented towards the south, is graced by a clementine tree, giving its name to the project: Clementina. With its richness, this spot completes the offer, ideal for those desiring a space with the conditions for passionate work, and moments of calm and decompression. It is deal for those convinced that understanding innovation requires a return to the roots of what we once were as a community and culture. 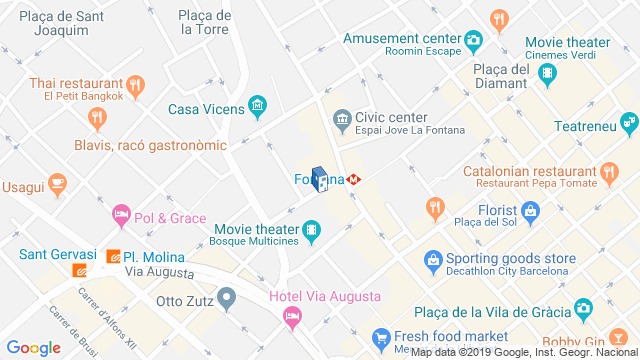 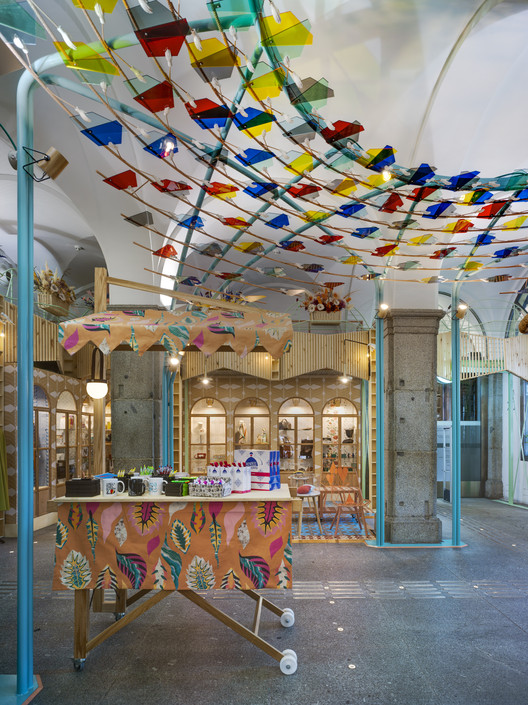 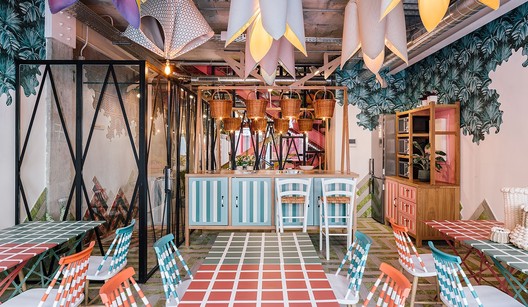