Amey Kandalgaonkar has unveiled a project which reimagines the traditional Chinese pagoda in a modernist style. The Shanghai-based designer created the fictional reinterpretation as a homage to a building form largely untouched by Modernism, featuring raw brut concrete, minimal ornamentation, and bold geometric moves.

Structural concrete columns replace traditional wooden structures, while the iconic pagoda roofs are reimagined as flared concrete slabs. Greenery adorns the structure to create a striking contrast between the imposing rigidity of the brutalist structure and the fragility of the natural world.

While the entire world was swept by the Modernist movement, China was largely untouched by Modernism. So when I visited various ancient Chinese monuments, I couldn't help wonder how a modernist mind would interpret traditional Chinese architecture. This time I decided to spend some time on that idea.
-Amey Kandalgaonkar 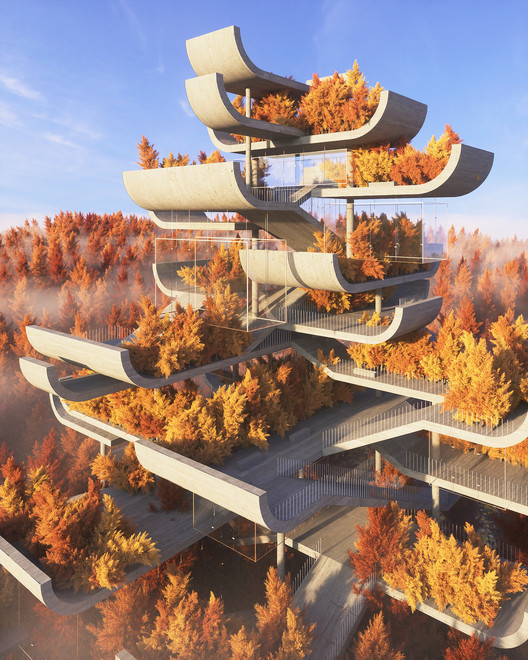