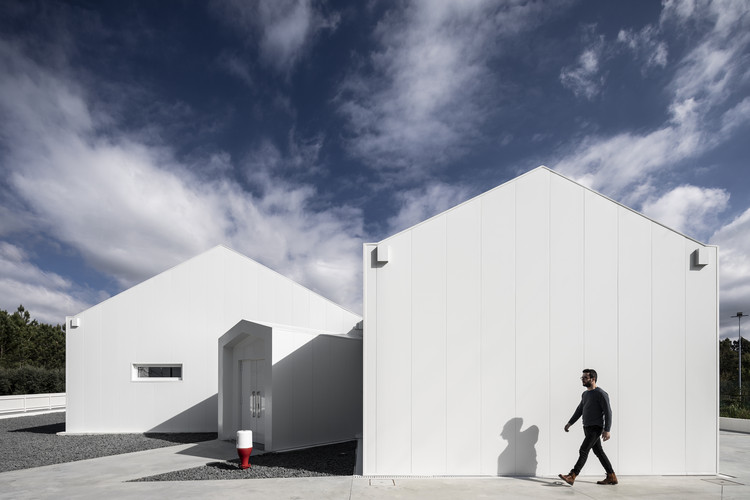 Text description provided by the architects. The plot is located in the village of Aguada de Cima, Águeda, and is surrounded by agricultural and forestry lands. The terrain converges topographically to its central point, which rises slightly in relation to its limits and that’s where the building implants itself. Its composition is made of three gable roof volumes that intersect themselves at the same point and establish direct relations of connection and functionality.

The building has two floors, one of them underground. The underground floor is large storage that seeks to benefit from the thermal advantages of the contact with the soil. The ground floor includes a production area, a tasting room, a lab, bathrooms and a four parking garage to the client's classic car collection. The two floors are served by a freight elevator that transports heavy loads from one floor to another.

The building is entirely coated in white sheet metal on walls, roof, doors, and gates. White is admittedly dominant abroad. In the interior, richer materials and textures were sought, such as concrete, wood, and microcement. The pavement and wainscots of the working areas are intended to be resistant and easily washable so epoxy was applied.

The production area is quite dramatic in its volumetry due to its high and steep sloped ceiling. The winepress at the bottom of the nave, in an axial position and slightly raised, is the wine altar, which assumes a scenic character and transforms the perception of the place. The garage is linked to the production area by glazed panels that form a sort of showcase of the classic cars. 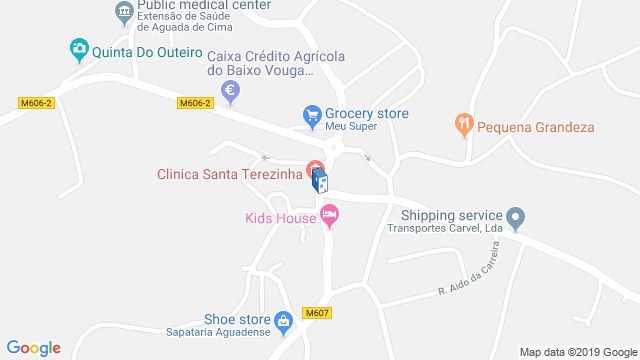 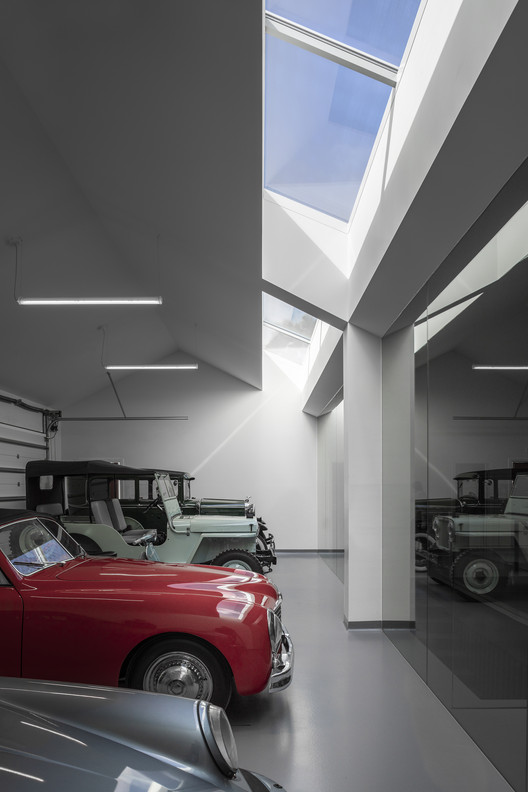