Save
Nth Fitzroy by Milieu / FIELDWORK 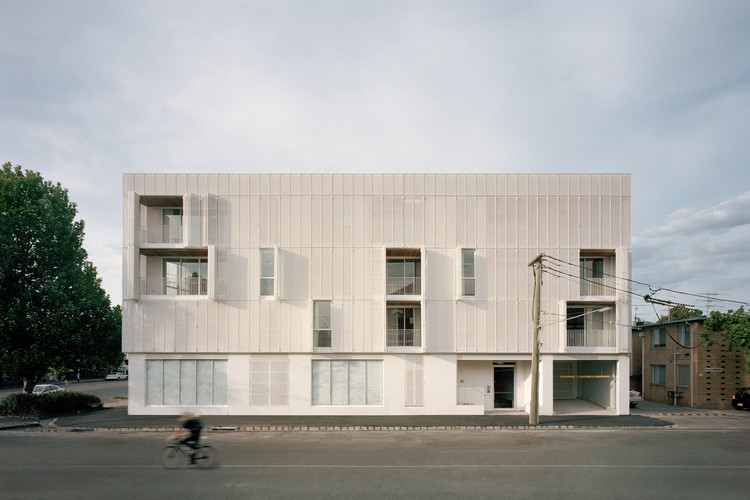 Text description provided by the architects. Lauded for its wide, tree-lined streets and distinct character; North Fitzroy has emerged as a destination for innovative vertical living. Nth FITZROY By Milieu - a carefully considered collaboration between progressive urban developer Milieu, architecture practice Fieldwork and interior design wunderkind Flack Studio - finds respectful equilibrium amongst the storied architecture of one of Melbourne’s most historic suburbs.

Sitting at the epicentre of North Fitzroy’s rich cafe culture; a short walk from Rathdowne Village’s epicurean retailers, the live music, restaurant and bar scene of Brunswick Street, and the lush green enclave of Carlton and Edinborough Gardens, this four level, 26 apartment, vertical community is an innovative example of Milieu’s commitment to contributing spaces of influence.

Notable for a facade cloaked in expanded metal mesh and integrated, operable shutters that allow the building to breathe, Nth FITZROY’s unique exterior not only allows occupants to influence their outlook but affords the passer by an ever-changing kaleidoscope of configurations.

Here, Fieldwork’s philosophy of practicing architecture as a living form is palpable.

“Architecture should be agile and enduring. As designers we’re sensitive to the evolving needs of its inhabitants. We believe architecture is a sensitive, spatial practice from which the entirety of life unfolds” Fieldwork located in nearby Collingwood.

The mesh hull is thoughtfully protean, designed to deliver both form and function. It enhances the building’s thermal performance by creating shade and reducing heat on glazed surfaces, whilst acting as a conduit for diffused sunlight that creates a natural play of light and shadow throughout the day. The occupants need for privacy doesn’t diminish the external vantage as, come nightfall, the warm filtered glow from within invokes a sense of candlelit congeniality. Shutters can be opened and closed in tune with the fluctuation of the weather and season to access natural airflow and light.

Inside, Flack Studio’s judicious selection of textured and high quality materials and finishes has created tactile living space with seductive aesthetic qualities. Natural stone in the kitchens and bathrooms, and fine detailing and accents throughout each residence achieve a harmonious and polished finish. Clever storage solutions are intuitively designed and made to maximise living space; the sense of space reinforced by 2.8 metre high exposed concrete ceilings.

Apartments are connected via a central open-air atrium with shared walkways, greenery and communal areas. Designed to cultivate well being and offer the opportunity for social exchange, the atrium also affords further cross flow ventilation.

At ground level, Nth FITZROY’s corner site aims to embraces its local community, bringing together occupants and local residents alike at Lagotto Corner and Food Store, due to open in April 2019. Reinvigorating the prominent local thoroughfare, Lagotto designed by Flack Studio will encourage connection through the simple act of picking up a takeaway coffee, or perhaps a lovingly prepared take home meal for those nights when cooking is simply not an option. Lagotto will be the third venue for Milieu Hospitality following Congress in Collingwood and Future Future in Richmond.

Milieu continues to be inspired by the physical and social setting of Melbourne. This, partnered with Fieldwork’s commitment to a more environmentally conscious world and Flack Studio’s desire to transform vision into experiences, has resulted in Nth FITZROY - a refined multi residential development in which functionality nurtures connection and sustainable well being. 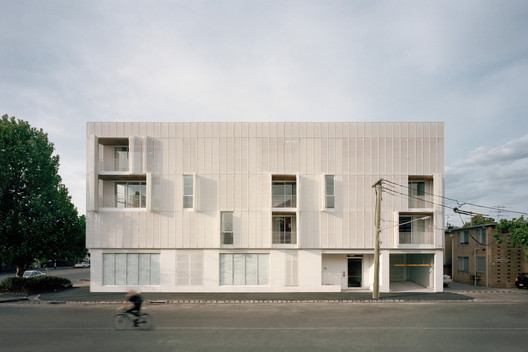