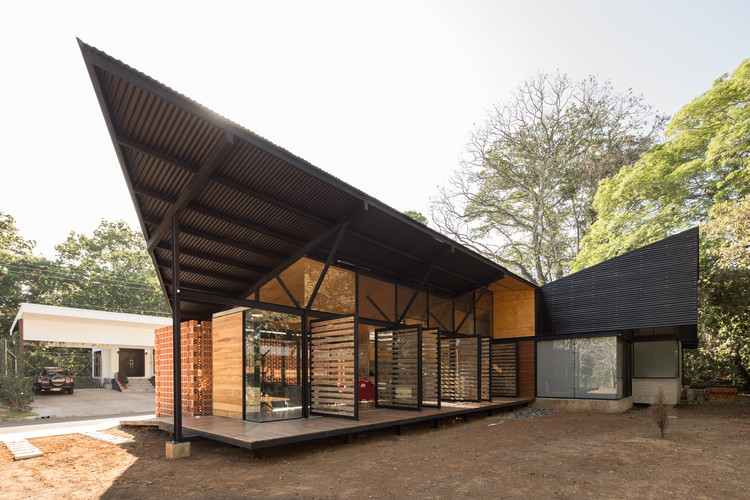 Text description provided by the architects. A young couple faced with the decision to buy an apartment in the areas close to their work, that would have cost them twice as much for a third of the size of this house, were drawn towards the solution of living a little further away and being linked to the smaller population centres of La Garita and Atenas instead. This location puts in relevance the constructive traditions of these old towns and their strong relationship with their rural and natural borders. In this sense, the house is considered an extension of the shade of the trees that border the ravine, which also defines the limit of the terrain. Stones, reeds and a small bridge are used as well, associated with the bodies of water of the location.

Also, ornamental clay bricks that appear in traditional houses and walls are used, in order to make a neutral facade linked to the local infrastructure, in opposition to other new houses of the residential area, which tend to compete with each other in flamboyance. This wall is used to mitigate the elongated orientation to the east (in a village with high temperatures) indisputable by the geometry of the terrain. The wall is also separated from the house to create a mattress of air and water in between (fed by rainwater collectors).

The roof is placed on the walls as a single plane manipulated according to clear folding rules, which configures the space in its upper plane in a direct and uncomplicated manner. The separation between the top of the walls and the ceiling is left open in a similar way to the interstitial space of the vernacular houses where the children used to play. In this area associated with privacy, security and recreation, some spaces for personal use are created.

On the west side of the house that faces a barrier of trees, the roof is elevated in order to reveal a view of the treetops, but when necessary, reed gates are used as an organic mass that opposes the sun rays that manage to filter through the trees. When opening these gates completely, the house is integrated with the small terrace, the patio and the ravine.

In summary, this house achieves to meet the expectations of a Costa Rican middle-class couple largely affected by the discrepancy between their aspirations and their economic capacity, creating more quality space with less material and lower costs. 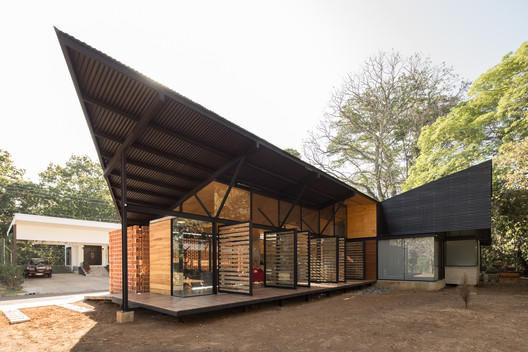