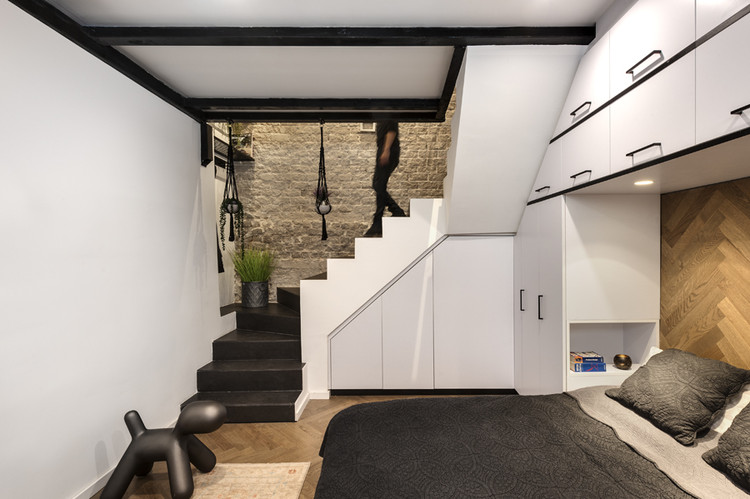 Text description provided by the architects. The owner, a single urban man who lives in Tel Aviv, has found a 36 square meter apartment in southern Tel Aviv. The apartment at the time of purchase was suitable for the budget however the property was seedy and uninhabitable. The apartment is located in an old building in Florentine, when its main problem is its division into two floors, in a total height of 5.8 meters.

One floor is one and a half meter above street level and the other one is one meter and 80 cm below. Originally the apartment served as a commercial space. Over the years it was converted into a residence, in a way that the space which served as a factory became an apartment.

Interior designer, Nitzan Horovitz, has realized that this project is going to be a unique adventure and certainly not a simple one. First, because of the small space and second because of its problematic nature. On the other hand, it was important for the tenant to create a pleasant, designed and comfortable place to live. As a result, in the old apartment remained the staircase and the division into floors. The interior walls were destroyed, a supporting column that held the gallery was replaced with a beam, and the various uses were transformed.

From the staircase of the building, the door opens to an entrance plain, from which two staircases are diverge: one leads to the basement, where the bedroom and bathing area are located, and second rises four steps into the gallery floor, where there is a living room, a kitchen with a dining table and a small toilet. Central wall cabinets have become a prominent component of the apartment.

This is a storage wall, of course, which is used as a connection between the two floors. The depth of the wall closet is 60 cm and the doors are decorated with a white Formica finish with a black stripe. The wall closet begins in the central space and is used as kitchen cabinets and refrigerator. In the center of the cabinet, there is a niche with a work surface.

Moreover, the closet wall contains a large television, which behind is hidden an electrical cabinet and a home theater system. The idea was that the double space would be expressed. The stairs which are an important motif, paved with graphite porcelain tiles. The rest of the floor was covered with natural oak parquet. Moreover, three main materials stand out in the house - parquet, gray tile, and white Formica. The goal was minimal materials and simplicity in design. Eventually, the client is an urban, single, young man.

On the basement level, there is a double bed, bedside tables, a washing and drying machine, a clear shower and a small storage room. Alongside the shower is a wooden table that functions as a sink table as well as a small work desk. According to an interior designer, Nitzan Horvitz,

"The main investment is in replacing old-fashioned infrastructures and optimal reduction of all needs. Despite the small size of the apartment, this is a "real" apartment for everything rather than a modular one. It's just an apartment in a small size." 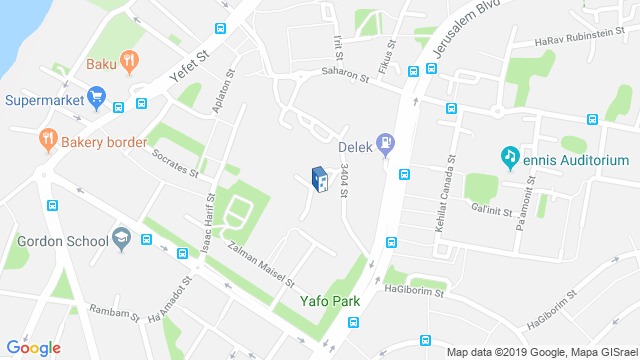 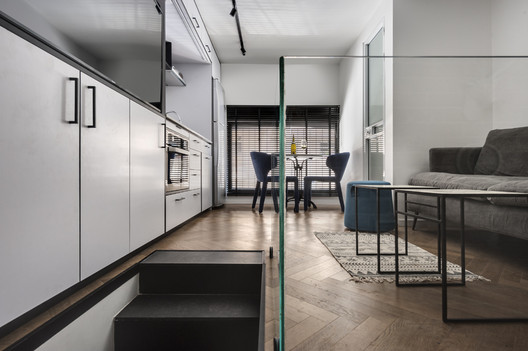