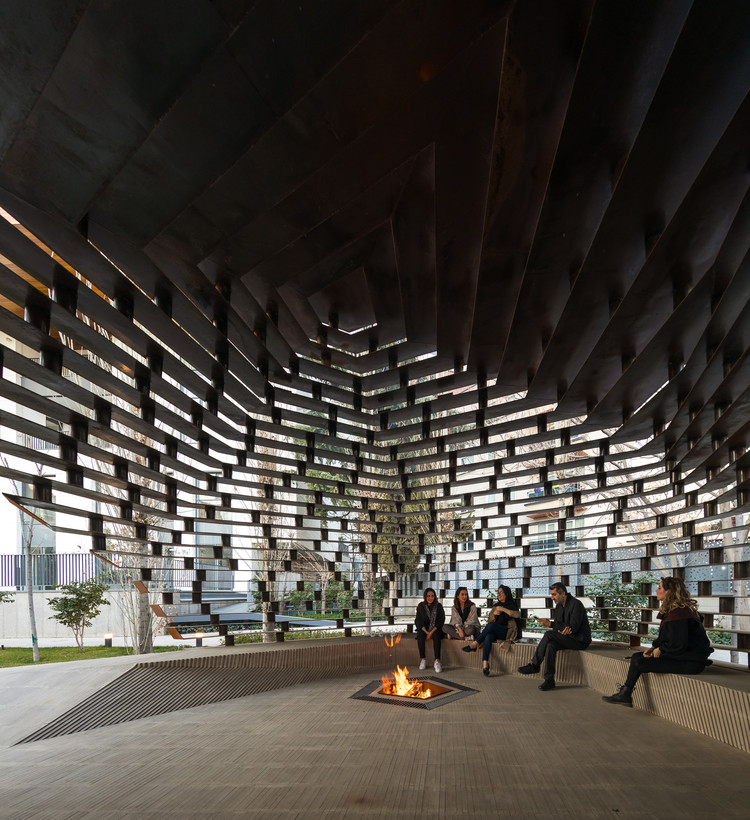 Text description provided by the architects. Cozy corner of a garden, a place to gather residents, is chosen outside of the apartment and theintension of the exploiters was staying in the garden for a tiny festival such a way that the sight of the overlooking units to the garden especially in the winter when trees are leafless will be controlled. In this phase using fire as an ancient element for residents gathering was added to exploiters wishes

The garden’s quality and perfection was so good that every building was a block against the seeing of the garden. In other way restricting the aristocracy of surrounding residential units was seemed necessary therefore a kind of architecture that has a variable mass and density was studied.

For this mean a seamlessly regular 20 faces made of rusty iron with cross section area of 35 square meter as the initial volume has been set to create the most difference with the peripheral structures around and the project does not have distinctive aspect, also manufacturing process is lawful and would not be relying on difficult devices,(all the project sheets have been cut by the guillotine method)

The initial volume was opened toward the sights by horizontal slices and the depth of horizontal plates is intended to maintain horizontal visibility to the garden within the supervision of residential units around toward inside will be controlled.

TYPOLOGY. The linear upright bearing pattern was changed to an organic network of carrier points in order to least interference in the perspective will happen. In this way the definition of BORDER in project typology was challenged and contradictory concepts such as (outside and inside – open and close – light and heavy – transparent and opaque) will be changed related to observers position and will be convert to a spectrum. this spectrum has a same function from outside and inside and the centered of that is the viewer’s position. such a way that the density of the project will change in the various distances and heights.

Since the whole site landscaping was formed with framed sheets and at the time of project construction there was abundant of them, the canopy was made by the remaining rusty sheets in order to combine with the changing nature of the environment around it. 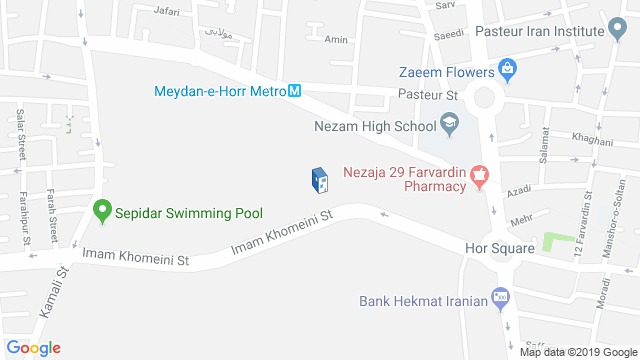 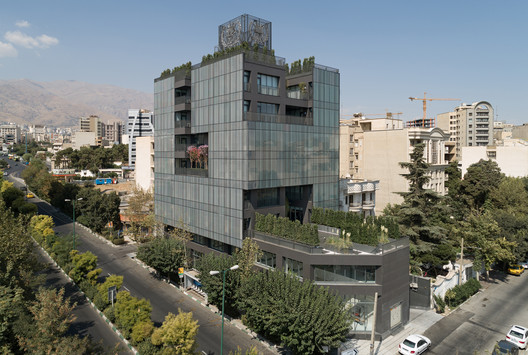 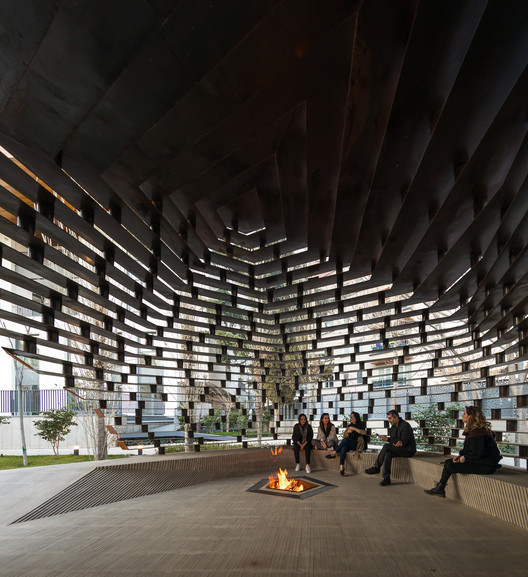