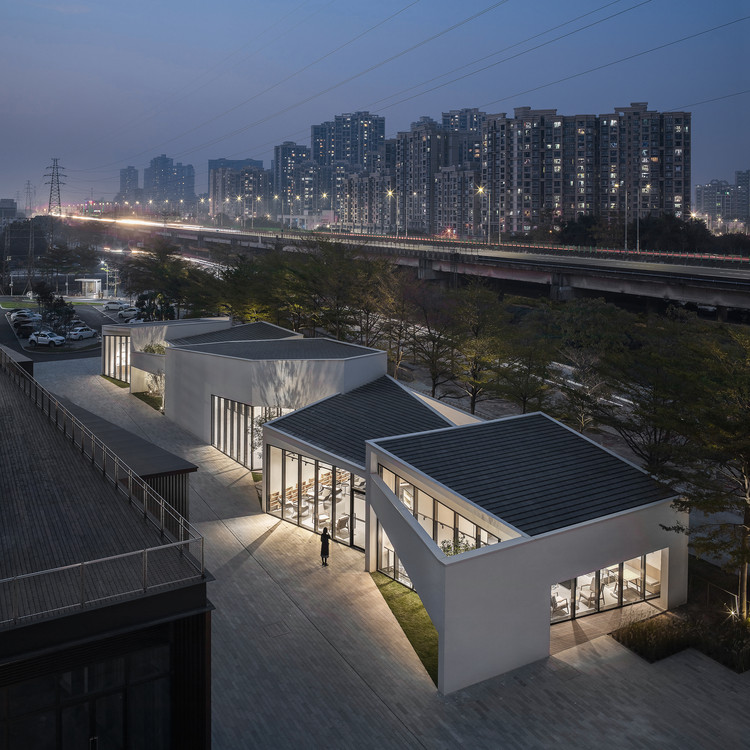 Text description provided by the architects. The Living Art Pavilion, located in Quanzhi Technology Innovation park of Shajing in Shenzhen, is the highlight of the industrial park’s upgrading strategy which includes adding culture and recreation programs into the park. The programs of the building consist of an independent furniture store and a tea house.

The Pavilion faces the expressway in the north, with a row of Terminalia mantaly retained right outside the northern walls. The northern walls are specially designed at different heights, which not only lowered the impact of noises from the expressway, but also formed a beautiful space inside with the Terminalia mantaly. The pavilion, together with the commercial and artistic spaces on the ground floor of the office building No.2, which located at the south of the pavilion, creates a dynamic recreation atmosphere. At the same time, a comfortable and pleasant public space for pedestrians are perfectly created due to interfaces and scales of two buildings which interact with each other.

The whole building is composed of six unit blocks. The independent furniture store is composed of four unit blocks in the west, while the other two unit blocks near the city plaza of entrance functions as tea house. By placing some outdoor chairs in the plaza, the tea house creates a comfortable environment for the public life.

The middle two unit blocks are combined into one to provide a large exhibition space for the furniture store. Prototype of Living Art Pavilion are referring to elements of traditional dwellings in Shajing: sloping roof and courtyard space. Each unit block is composed of a courtyard and a unidirectional roofed building.

Being roof structure of the building, concrete rib beams enhance the aerial perspective effect of the sloping roof. At the same time, the exposed concrete beams retain the wood texture of the pine formwork. The walls and openings are distributed in the north-south direction of each unit, which created a sense of order and a feeling of depth in the east-west direction of interior space.

Courtyard space of adjacent units is arranged in the south or north alternatively. With change of height of walls and sloping beams, trees in the courtyards appear indistinctly. In addition, under the Terminalia mantaly, the plain white walls and gray concrete tiles complement each other, integrating nature as well. 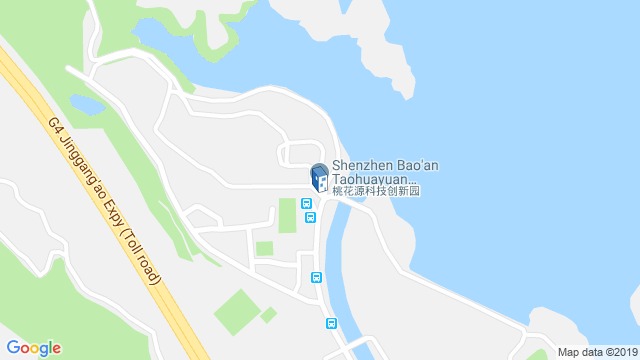 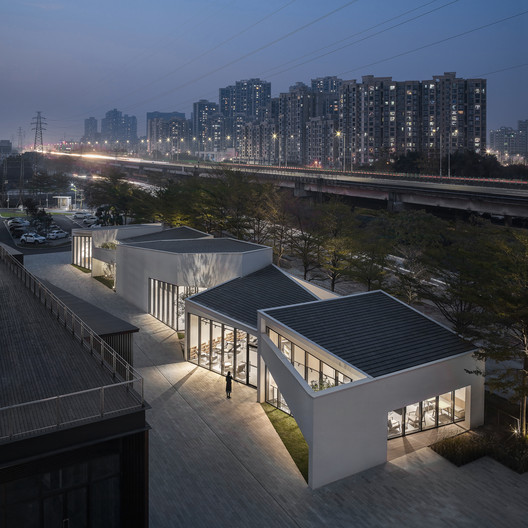