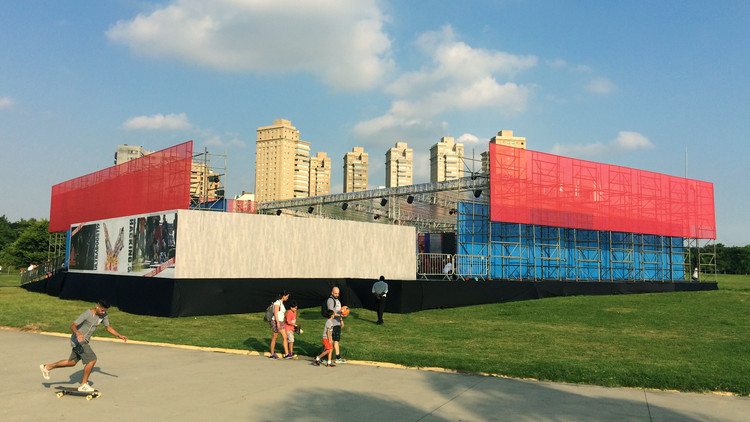 Text description provided by the architects. To encourage physical activity in urban areas, Adidas held "Hacking SP," an event with the intention of hacking the city from the practice of exercises. For this, four running trails were created in the São Paulo capital with a single finish line at Villa-Lobos Park, where the project was implemented.

When conceiving a structure that could hold the athletes, Constant Nieuwenhuys' "New Babylon" was the inspiration and concept of the set design. The structure was created, therefore, to house an "other society," made for the homo ludens (who play) instead of homo faber (which work).

With the intention of bringing an urban language to the park, the scenography is limited in its perimeter by scaffolding. To create a playful experience, they are closed by translucent panels that do not completely seal what happens inside the structure, allowing the light to transcend into all space creating a set of shadows for both those in the event or in the park.

In addition, a tunnel was created that alludes to the viaducts of São Paulo, creating a transition space between the park and the event, which was painted by artists selected by graffiti artist Guilherme Kramer during the course of the day. The modular furniture crosses the structures varying between three different heights, which, in turn, refer to award podiums.

In its interior, the program also included several LED screens with interactive content, a large screen for a film festival by Adidas and other actions of the brand that entertained the public. 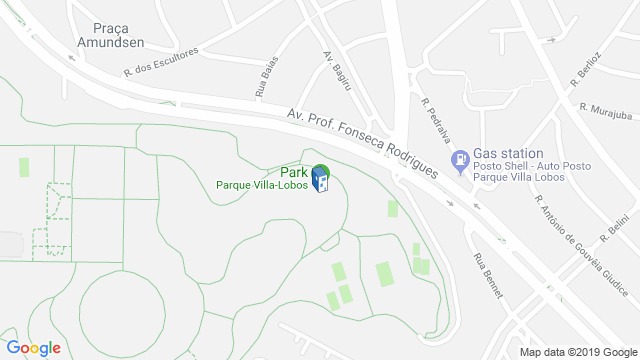 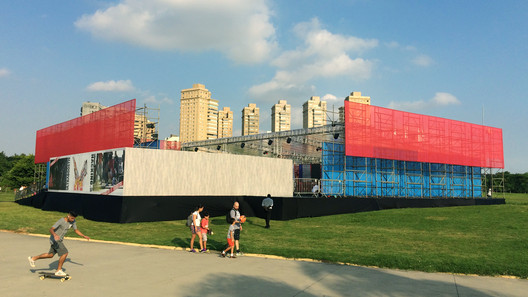