Contemporary artist Yhonnie Scarce and Melbourne architecture studio Edition Office have been announced as the winners of the 2019 National Gallery of Victoria Architecture Commission. Occurring annually, the NGV Architecture Commission is an open national competition that invites architects to create a site-specific work of temporary architecture to activate the NGV’s Grollo Equiset Garden. The winning scheme, In Absence, explores the histories of Indigenous construction, design and agriculture, as well as the villages and dwellings of Indigenous communities. 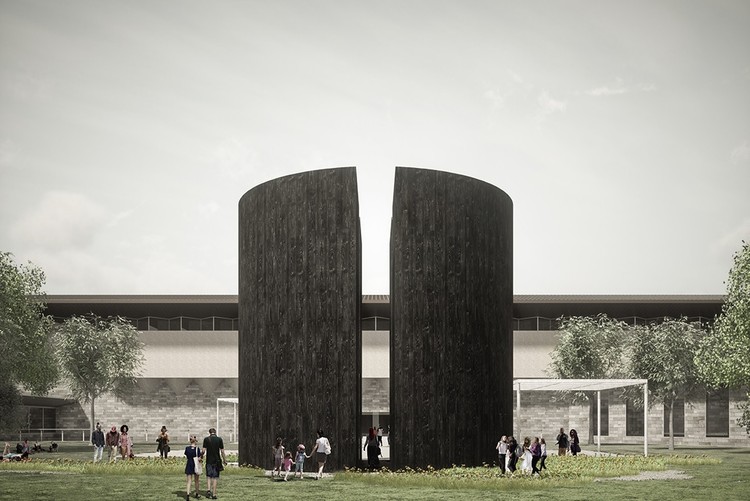 In Absence is designed as a black timber tower with two internal voids to be built with thousands of black glass Yams by Yhonnie Scarce. The design of the installation is influenced by the built structures and eel traps of Indigenous communities, as well as the smoking trees used to preserve fish and eels. "This pavilion does not recognize the term ‘Terra Nulius’ – instead, it celebrates the structures that were built long before the colonization of Australia," says Scarce, who belongs to the Kokatha and Nukunu peoples of South Australia. "There were many Aboriginal builders of ‘houses’, aquaculture infrastructure and long-term agriculture that has existed for thousands of years. This commission is an amazing opportunity to acknowledge and celebrate the builders of such infrastructure and their enduring legacies."

Tony Ellwood AM, Director, NGV said: "This thoughtfully crafted space displays a highly developed narrative drawn from a successful collaboration between an Indigenous artist and non-indigenous architects. The project acknowledges Indigenous cultural practice and shared culture. It is a place for cultural exchange, an uplifting place, drawing from a difficult past."

Now in its fifth year, the new NGV Architecture Commission will be on display at NGV International in November 2019. 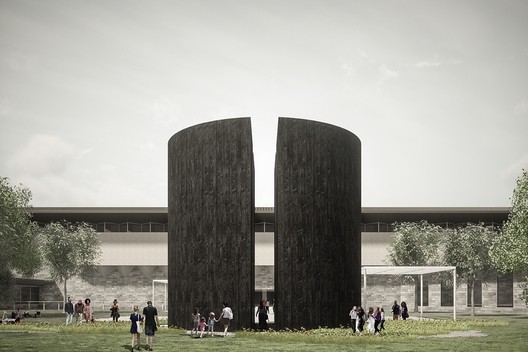