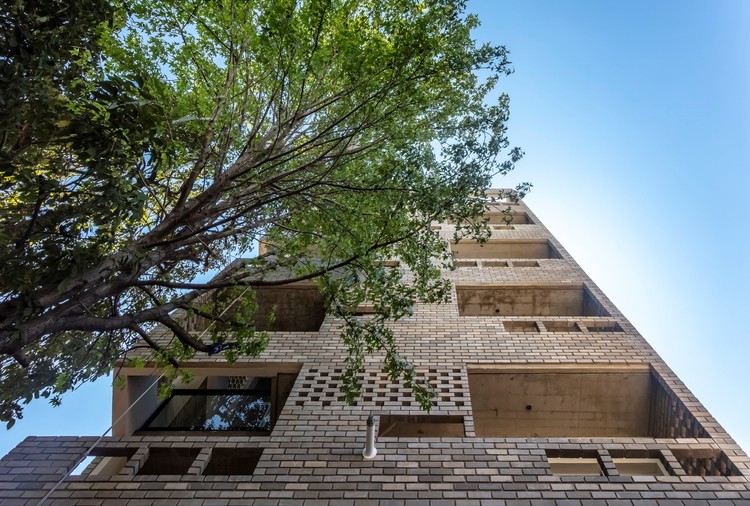 Context
The LL 2474 building assumes an interstitial condition proposing morphological operations that articulate it in a context that is in continuous transformation.

The building is an architectural piece that develops in a typical and heterogeneous block in the urban fabric, located in the neighborhood of Agronomy. It is located on a plot of 8.66 x 36 m, whose internal front line is located at 32 m deep in the E3 district, which allows building an envelope greater than the building capacity.

The project takes advantage of the maximum height of the zoning of the district, flushing the left boundary and proposes a series of "open" spaces of different heights that are related to the right boundary.

Its volumetry allows the pooling of yards in relation to both boundaries, as a completion, respecting the pre-conditions and qualifying the conditions of the project.

Configuration
The proposal assumes gray brick as the project material, and a relationship between the maximum envelope and the constructive capacity, based on the spatial possibilities generated by the interface between these envelopes.

It is experimented with the articulation generated between the outer skin, monomaterial of the gray brick sensitive to the context and orientation, and the inner envelope typical of the habitative units.

It proposes a series of expansions that "move" at different levels, and that allows light to filter to the lower levels.

Layout
The building has a free ground floor, where the entrance hall, the parking spaces and the park are located. In the lower levels, small-scale habitat units, monoambient-type, are projected for their use (four units per level) that have the greatest use of plants. These can house homes and professional studios.

In the upper levels, the larger units are available, which generate the recesses and withdrawals, and the desired variability in their expansions, to filter the light and allow cross-ventilation of the units. In the last level, the communal activities are organized, proposing a space for bonding and recreation. 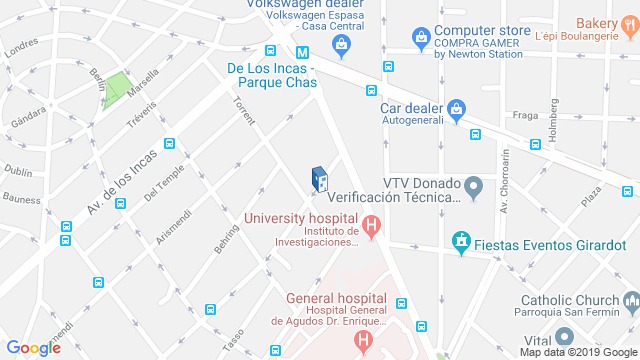 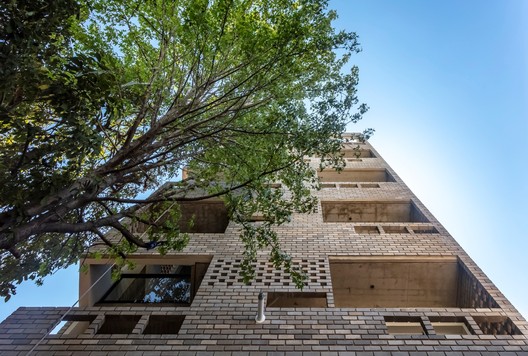