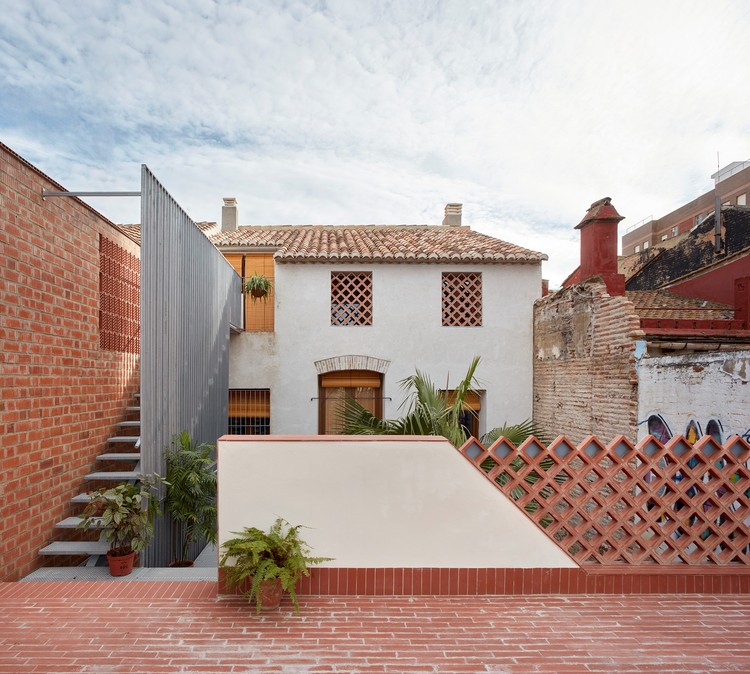 Text description provided by the architects. El Cabanyal, a Historic Borough which does not need presentation. It was born as humble fishermen village, where long barracas were built, one next to the other and parallel to the shore, taking advantage of the easter main wind. It was named Pueblo Nuevo de la Mar until it became part of Valencia at the end of XIX century. Although it happened 3 centuries ago, El Cabanyal still feels like a village.

El Cabanyal is on continuous transformation, its rectangular plots have permitted to great combination variability, such as modernist buildings of two to four stories and later on svelte towers of seven or more stories. Despite fires, the civil war bomb attacks, la Riuà (Turia river flooding) and a stubborn Major who tried to tear down the borough, here we are, El Cabanyal is on construction again.

The story of this building began with Pepa and Ernesto. She is local from El Cabanyal and he is from a town in Teruel. In the middle of the well-known Reina street, number 125, the life long and popular Gadea stationer was waiting for them. The large 4 stories house, which goes through from east to west up to Barraca 128, got filled of joyful Erasmus students for 15 years. During that time, unfortunately, its surroundings started to be devaluated due to the Mayor demolition plans, named ´zero zone´. Resisting proudly, whatwas valueless for years, at this moment is a graded building.

The renovation of the front façade and the plot end have been the starting point, causing a new vision to the owners: four flats where the communal area was the key of the project. A residential building where you could live in neighborhood. This has been possible due toa large and central brickwork patio in the 7,5x26m plot, where everything revolves around a washingtonia palm tree, as a reference to the historic palm trees in the Barraca Street. In Reina 125, you would find a welcoming place, open to the street.

The new building has been respectful with its past, restoring elements and components from the former house, always in harmony with the new elements, such as ceramic tiles or the galvanise stair in the patio. It has been prioritized naturalness and comfort, both on atmosphere and the construction details, with the idea of pouring modernity on a traditional building and keeping in mind the Mediterranean warmth.  Now is the moment for the new residents, who will take ownership of every corner giving a new life to these borough’s walls, consolidating the new town El Cabanyal. 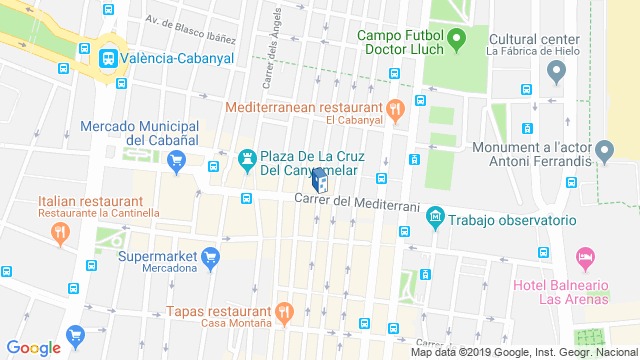 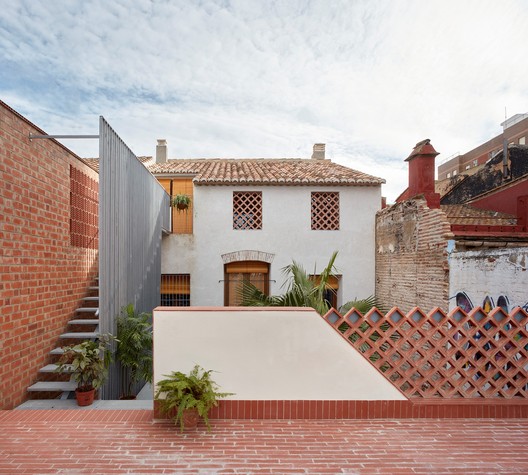