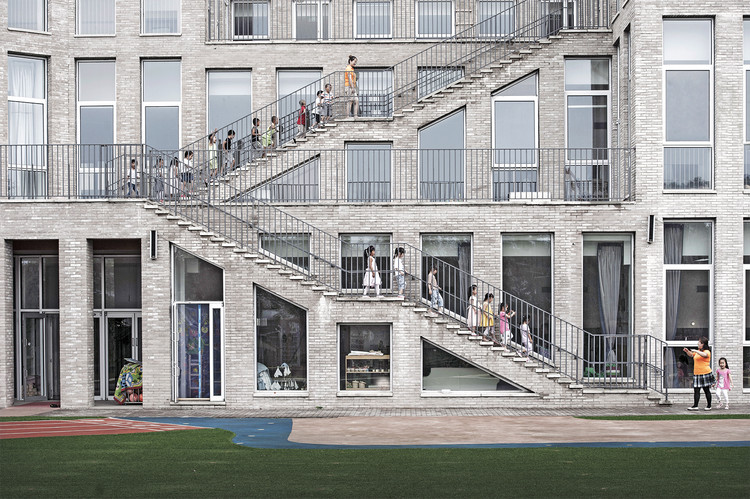 Text description provided by the architects. Located in Beijing, the Sanhe Kindergarten is part of a large two million square meter multifamily housing development. The building faces south as it embraces a playground. It totals 5,550 m2 and has 18 classrooms for 30 children each, a total of 540 children. Besides the classrooms, it includes a gymnasium, a music room, administrative offices, a common kitchen, and 15 teacher’s bedrooms.

The building is configured as a faceted arc in three sections following the daily path of the sun, since in China it is believed that a child not exposed to enough sunlight will grow up to develop intellectual handicaps.

The building proposes to young minds an arrangement in triads that might be both familiar and easy to remember. There are three wings in the building with three classrooms in each wing. Each of the three wings also has three floors; there are also three stairs in the interior, etc.

This arrangement into triads matches many things, not only the basic logical structures into which all of us are born: left/right/middle; yes/no/maybe; space/time/objects; and so on, but also the triad mother/father/child common in a country where, until very recently, the policy of one child per family has been the law of the land.

The exterior works like a protective armature separating the classrooms from the contaminated environment of the growing city, a protective shell whose functionality demands simplicity and repetition, qualities that are dis-articulated by the randomly placed terraces and stairs that connect the classrooms to the playground.

Facing the south, the building unravels the diagrammatic simplicity of its ground floor with a series of terraces that, connected by exterior stairs, define a continuous path between every classroom and the playground below. In a country where education is synonymous with disciplinary rigor, the SanHe Kindergarten implicitly proposes an alternative pedagogy for which play is the cornerstone of knowledge while embodying it in the very fabric of the building. 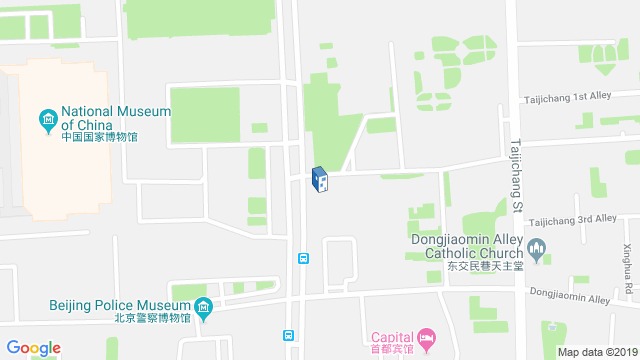 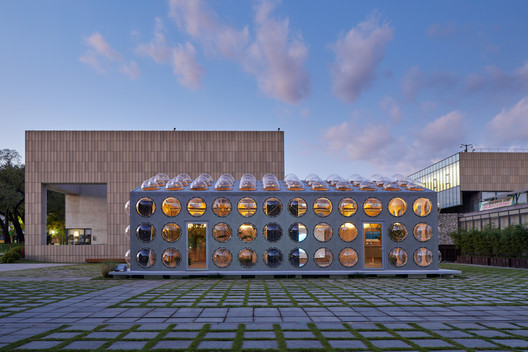 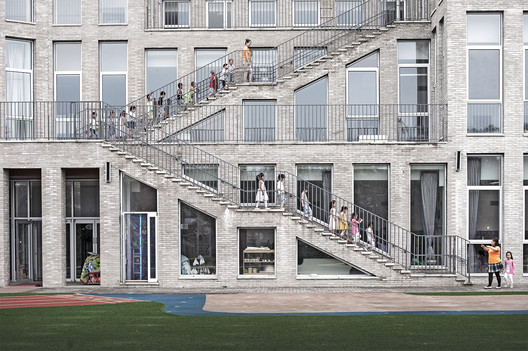