Steven Holl Architects has been commissioned to design a new 26,000-square-meter mixed-use building for CIFI Group in Beijing. The retail/office scheme will be Holl’s second building in Beijing, located in the Fengtai area of the city. The design for the hybrid building is centered on five principles: light, structure, urban porosity, open offices, and ecology. 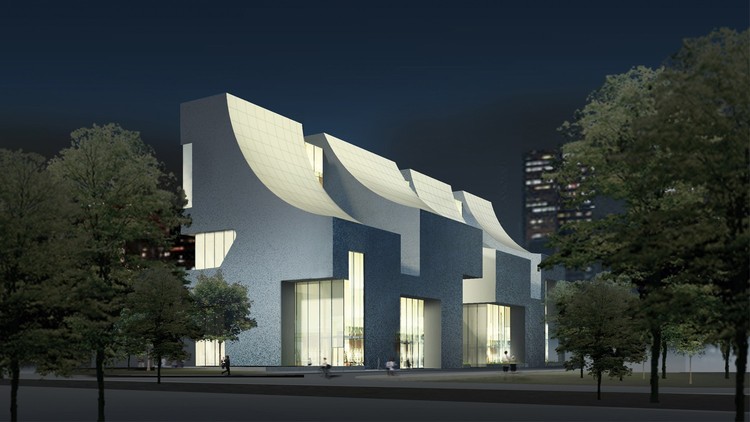 The scheme’s distinctive north light curves are to be developed together with Okalux, with the structure consisting of four layers: a glass exterior laid over truss, secondary tubes, and an interior layer of translucent barrisol or newmat. The exterior concrete structure allows for flexible internal spaces, with the top levels of the scheme containing open office space. The structure’s aluminum-painted concrete will be OSB formed, to contrast with the north light curves’ smooth, matte finish.

The retail component is shaped around reflecting pools and gardens, which offer the building an inspiring urban porosity at a pedestrian-friendly scale. Rainwater recycling in the pools and state-of-the-art ecological systems are proposed to enhance the scheme’s environmental performance.

As Holl’s second building in Beijing, the scheme will follow on from the firm’s Linked Hybrid project from 2009, which contained 750 apartments, public green space, commercial zones, hotel, cinema, kindergarten, and a school. 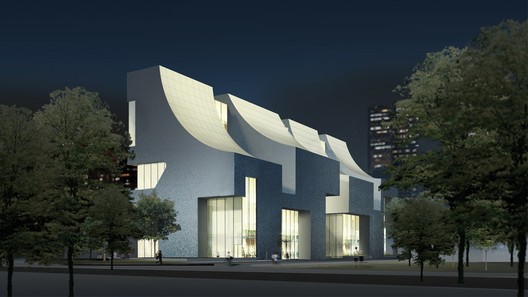