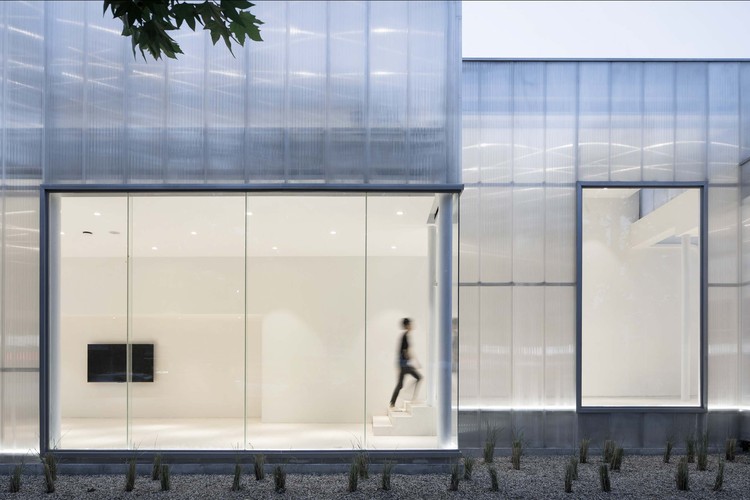 Text description provided by the architects. This project is located at the crossroads of the busy street in Xiyuan, Xuzhou.  Xiyuan is an old area with a dense population and busy atmosphere, however, there are few public spaces in the surrounding area.Although the starting point of this project is the sales office, it is intended to provide a free and open space for the surrounding residents, especially children and families.

The scope of the project site is rather special. It is narrow and long, only 5m at the widest point. The height of the surrounding buildings is relatively low and the volume is relatively small. So in combination with the surrounding situation and the project land, a concept consisting of a patchy distribution of boxes in different sizes is formed. The proximity to the crossroads makes it a visually focused spot.Therefore, the designer hopes to create a broad view effect similar to stage.

The exterior wall of the building uses a new type of translucent PC board (polycarbonate board). This material is lightness, transparency, and a certain degree of reflection.During the daytime, the shadow of the roadside trees is cast on the wall of the building. Through the wall, you can vaguely see the interior at the same time.At night, the lights in the room pass through the PC boards, making the entire building like a glowing box.

Due to the discrepancies of the various buildings, a rich experience is created inside. The height differences and part of the ground elevation generate different regions, partial ceilings are PC boards that also create various light shades indoors at different times.

Parents can also see children playing in the distance while visiting the scenes.The entire interior is simple and bright without too much decoration, the large transparent glass facade and the translucent PC board provide a panoramic view of the outdoors. 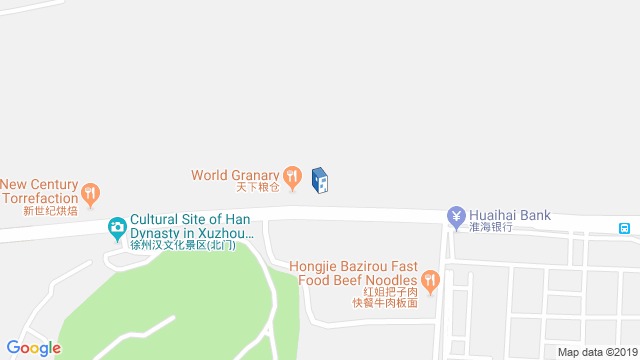 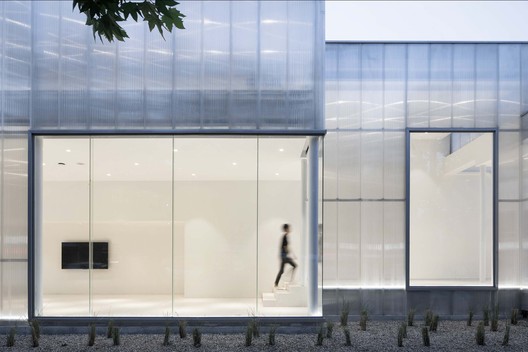