Save
“Intuition Must Be Grounded to The Site and Context”: In Conversation with Oscar Ko of Interval Architects
Share
Or
Copy

Oscar Ko was born in Harbin, China and moved with his parents to Hong Kong at the age of five. He earned his Bachelor of Science in Architecture at the University of Michigan and Master’s from Columbia University in 2006. After spending seven years in America, he relocated to Europe where his original plan was to stay for four-five years or longer but after talking to older friends practicing in China he quickly realized that there are more opportunities in his native China. After working for less than two years for several prestigious firms – Josep Lluis Mateo Architects in Barcelona, David Chipperfield Architects in Berlin, and Space Group Architects in Oslo, Norway – he returned to China where he worked at two leading Beijing-based practices: Studio Zhu-Pei and Chiasmus Partners for several years. 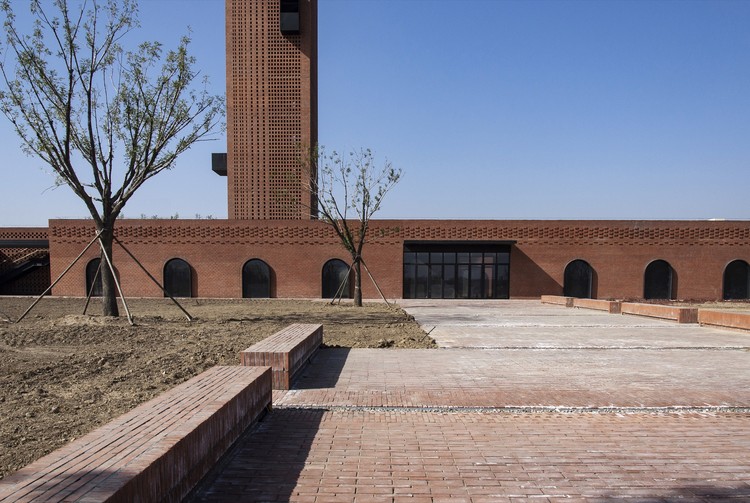 He and his wife-partner Gu Yunduan who is a native of Shanghai and graduate of Tongji University, opened their studio first in Beijing in 2012 and then moved to Shanghai where they now total eight people. Since 2017, Ko has been teaching at Shanghai’s Study Center of Hong Kong University. The couple’s key finished works include the Botanic Art Center nicknamed Tower of Bricks in Hebei Province; Raffles Kindergarten Complex also in Hebei Province; Huangzhuang Vocational High School in Beijing; and children’s playground dubbed Rollercoaster also in Beijing. Their current projects include a hotel, new facade design for an existing commercial building, a single-family house, and apartment renovations, all in or around Shanghai. We met for the following conversation at Ko’s Shanghai office over tea.

Vladimir Belogolovsky: Why did you call your office Interval Architecture?

Oscar Ko: Interval for us means the gap. It is about the interstitial, the space in between. Our focus is on space. Architecture has many aspects but for us that’s the most important one.

VB: If I asked you to explain what your architecture is about to a lay person, what would you say?

OK: For me architecture is a reflection on site, reaction to the context. It includes climate, geography, landform, history.

VB: You are saying that the context and site to you are more important than your own ideas, experience, and previous projects? Do you leave all that baggage behind and start from scratch every time? Does that mean that there is no connection between your projects?

OK: If there is a connection we don’t want it to be visible. And you can’t really connect our projects, not yet. Our Botanic Art Center in Hebei Province is almost entirely made of brick and its geometry is driven by the material, while another one of our projects, a school stadium, is mainly constructed out of fiber cement board and stone. And our school playground is made of fluid metal sections. Every decision is based on the specific circumstances, not on our independent ideas or other projects. We are not after developing our own signature style because for every project you need a different solution that belongs to a specific place. I still hear professors’ voices in my head, “You need to find your own distinctive language.” But with my partner we never had a conversation about our style. We focus on each project at hand. Our initial reactions and solutions are based on our first visit to the site, our reaction, and discussion with the client.

VB: Interesting. A couple of years ago I interviewed Alvaro Siza. He said, “As soon as I hear from my client that I got a project, I can’t help it. I start sketching right away. I am bursting with ideas. Of course, I will visit the site and I will make adjustments, but I start exploring ideas right away.” You don’t relate to that, right?

OK: This is not how we work. We have to see the site first. Our work is a response, not a projection of something preconceived.

VB: Yes, this is what I’ve been hearing a lot lately. A slightly different question – what is architecture for you? Do you ever think about it?

OK: Architecture is a reflection of our thoughts and experience. And these thoughts begin at the site. That’s where architecture starts.

VB: One of your lectures was titled “Site is Everything.” Do you really think so?

OK: Yes, but if I could rename my lecture I would give it a less definitive title. Still, this is where everything starts for us.

VB: Are you saying that if there is nothing special about the site there will be no architecture?

OK: The analysis of the site can rise above it and bring something new there. But that new is a reflection on what is already a part of it. And the intention is to achieve the kind of built environment that is specific to its place. The goal is to build something that belongs to its place.

VB: One of your projects is a new façade for a client who wants to make his building more attractive and different. Do you see the contradiction between what at least one of your clients wants and what you are telling me? The façade he has now is what belongs there, but he wants something different, unusual, attractive, and nothing like what was there before. The objective is to turn that place around by bringing a talented architect who can transform that ordinary building into something out of the ordinary.

OK: You are right, but the ideas that we will come up with are going to be inspired by what is there, by the conditions found in that location. And not just programmatically but also aesthetically, by employing the appropriate scale and the use of fitting materials. For sure something will come from our own experience, but everything starts with analysis. And then architecture can go in many directions and it can become an autonomous project. But to me I can’t start with a random idea or bring a totally abstract object and say – this is my goal… I am not criticizing that kind of approach, but we need to find a more convincing reason. There are so many ways to start a project. But we always ask – why this way and not another? Sometimes our clients ask us to come up with a story. They don’t want just a building. One of my school clients said, “I must have a story. When my boss from the education department will visit the school, how am I going to explain the project?” So, I likened our playground to a rollercoaster. But this idea came already after the project was designed.

VB: Do you think of architecture as an art form?

OK: Yes, architecture is art. It is because there is always an intention to do more than just fulfill a particular need. Otherwise, it would be an engineering project. There are many conditions and objectives but there is still an intention to be intuitive, poetic, and free. Yet, I insist that Intuition must be grounded to the site and context.

VB: You are very emblematic of the current moment in architecture. You are giving up your right on authorship. You respond to what already exists on site. And I am not saying this is wrong, but this seems to be now the approach that dominates all others among even the leading architects. Many diverse ideas are converging into a singular idea of contextual and pragmatic approach. A decade ago, Rem Koolhaas was so excited about designing the most original building, CCTV in Beijing. As soon as that was achieved, he lost his interest. And when he lost his interest everyone followed. The iconic became the dead end. The entire architectural profession, like a boat, turned 180 degrees and since then has been drifting backwards.

OK: I don’t see it this way. I follow this rational approach not because of my fear of losing a project from my client; that’s how I was all along, from the time when I was a student. I want to be certain about my decisions and choices. And it is a good question to ask – how many icons and formally adventurous buildings do we need? Every place should gain its own confidence. Not by adding an imposing icon but creating something that people can really enjoy. Not everything needs to be iconic. It depends on the project.

VB: Of course, not. But if you dedicate your life to architecture and you leave your home to study architecture in one of the best universities in the world, why would you want to do anything less than something absolutely fantastic and unique? Why do you worry about the background architecture? Don’t you think that will be taken care of by design institutes and other architects? Don’t you think that you have your talent to fulfill your own mission of doing something that others can’t?

OK:I will think about that. [Laughs.] You know, we never think whether our buildings will be iconic or not. Sure, we designed a kindergarten, and of course, I want kids who go there to be inspired by its environment and I want it to be memorable.

VB: Do you have a role model among contemporary Chinese architects?

OK: That would be Liu Jiakun of studio JIAKUN Architects. I followed his work since I was a student. He is one of my personal heroes.

VB: And finally, is there one particular project built in China over the last decade or two that you particularly admire, either by Chinese or foreign architect?

OK: I like a small brick building Tongxian Gatehouse, the artists-in-residence structure at the arts community outside of Beijing. It was designed by what used to be Boston-based Office dA and is now NADAAA led by Nader Tehrani and Katherine Faulkner. Everyone was talking about giant iconic projects for the Olympics at the time but to me it was this small building that stood out. I went to visit it and I really enjoyed its materiality, authenticity, and integrity. 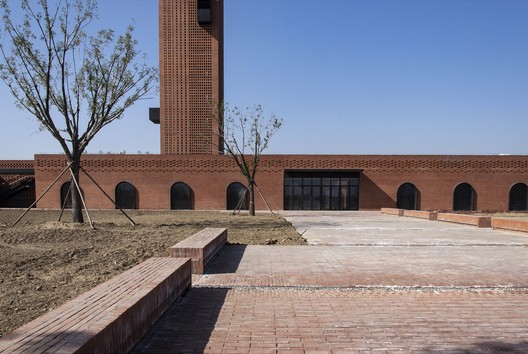