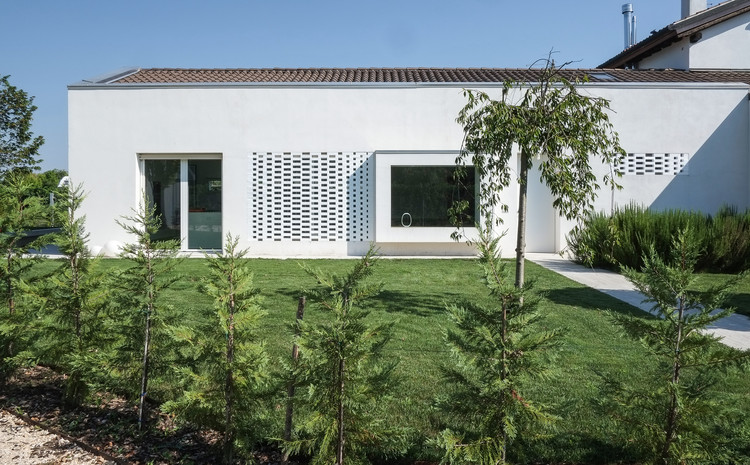 Text description provided by the architects. The project was born as an extension and distribution of an existing house in the agricultural area in Pero di Breda di Piave, in the province of Treviso.

The initial construction represents the head of a curtain-walled rural building from the last century, while the new extension moves perpendicular to this structure, aligning with the rows of neighbouring vineyards, respecting the imposed urban limits and freeing the maximum possible portion of garden to the west side.

The section on the first floor is used as the enlarged building’s night area, connected with a new staircase, intervening with a simple adaptation of the existing rooms; in the new building the living area is located in a single open space, flanked by a technical compartment and a new bathroom.

From the architectural design point of view the building is characterised by the double pitch roof (prescribed by the zone in which it falls) and the two signs that explain the nature of the owners: on the one hand the male owner, born and raised in this rural context to which the brise-soleil are redesigned in a contemporary form, on the other hand his companion of English origin that is found in the typological archetype of the bow-window, here realised in a minimalist form next to the main brise-soleil, an allegory of the couple's civil and emotional union. 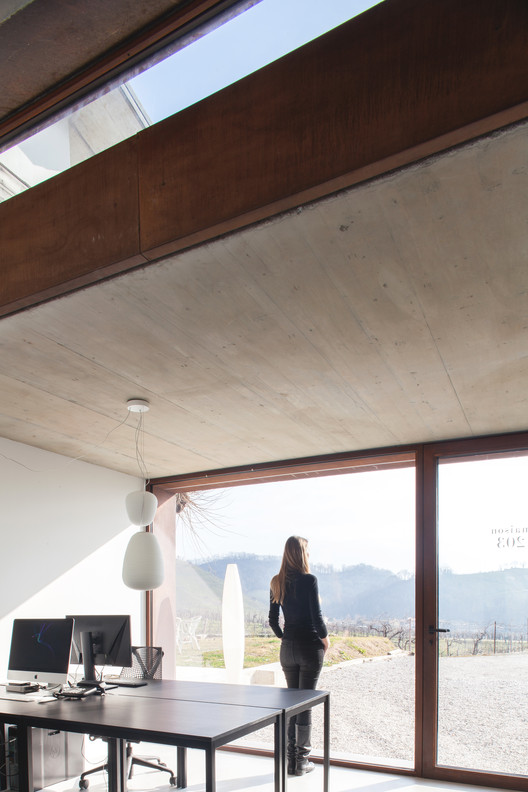