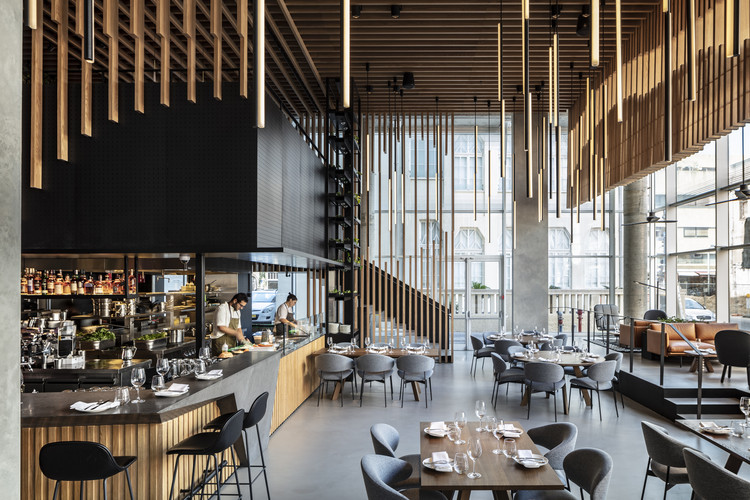 L28 Culinary Platform is a unique venture in the Israeli culinary space: the idea is to promote young chefs who would not normally have the opportunity to open their own restaurant. Twice a year, a different chef will be tapped to take over the kitchen and will be granted a full creative license to explore his or her own culinary concept. Chefs are provided with laboratory conditions, including mentoring by professional staff so they can create an experience in the best possible conditions. The goal is to provide an industry entry point for fresh Israeli culinary talent and to highlight Israeli culinary innovation to local and foreign audiences.

Kimmel Eshkolot Architects' interior planning divided the spacious interior of the L28 Culinary Platform to serve its numerous functions. The double height of the space was emphasized through the installation of high wooden boards that fold towards Lilienblum Street and separate the various seating areas through a scrolling curtain. The street facing entrance features a raised platform for lounge meetings and operates mainly during the day. The internal main seating area of the restaurant is visible from all angles and frames the open kitchen. Above the kitchen, rests the gallery and private room for events.

L28's interiors and finishings are based on natural and warm materials. The wooden cladding is featured prominently in the ceilings and furniture, while vegetation grows along an installed green wall and vertical agricultural planting in front of the kitchen. The visual scheme combines with the neutral materiality of a smoothed concrete floor made of resin and black steel. An urban farm was developed on the roof of the building that serves in the restaurant's farm-to-table setup, along with spice plants in the green wall for use in the beverage bar.

The dishes served at L28 Culinary Platform incorporate fresh produce from the building's urban farm, with plates intended to be shared between diners. Aside from promoting young chefs, L28 Culinary Platform offers a stage for local Israeli produce, with raw materials from local growers and offering only Israeli wines on the wine list. An urban farm on the building's roof provides vegetation to serve the kitchen; A farm-to-table principle enriching the knowledge of the chefs about organic crops that could be incorporated into their dishes. 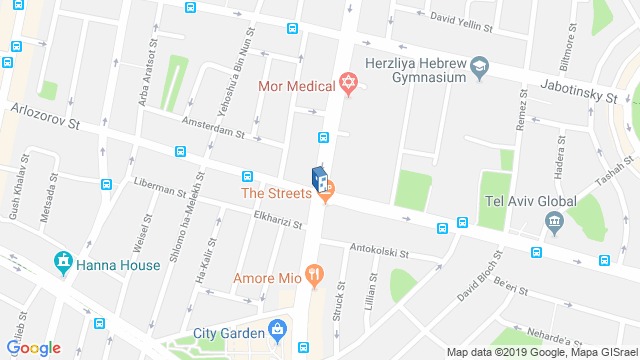