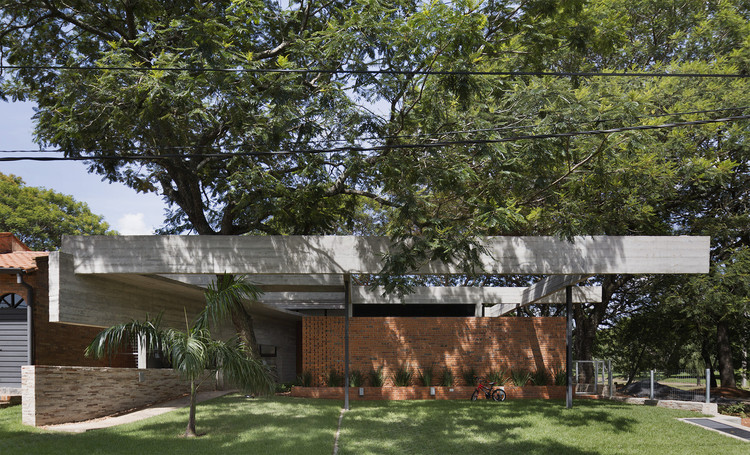 Text description provided by the architects. The house is located on the outskirts of Asunción, in a closed neighbourhood within a Country Club in the City of Lambaré. At the time of the assignment, the office had a lot of constructive experience in renovating old buildings with a significant degree of deterioration (rehabilitation and recycling), so the professional challenge of this project was: "To design a house from SCRATCH on an empty lot of 16x50 meters, in an ideal context, safe, with a good orientation, with abundant vegetation and plenty of shade".

The owner requested an individual house, which would stand out among the majestic neighbouring houses, not because of the number of square meters, nor for its flamboyance, but because of its design, without incurring exaggerated work expenses. The logic of the design was: designing an element that is positioned as a single object in the landscape, maintaining justifiable and functional measures, as opposed to some of the oversized houses of the area.

Based on the orientation and appropriating the almost archetypal typology of the Jovái Culata (typology of traditional rural housing throughout the littoral region) two closed blocks are facing the intimate areas and service areas, "separated/joined" by a central block, which is a junction space where the social areas are located. Above the central junction space, the roof slab is elevated with 40 cm as a way to capture indirect overhead light from the sides. A large terrace at the height of the treetops covers the entire roof. Shadows are projected on all sides of the house (reinforced concrete pergolas).

As our office wasn't in charge of the execution of the work, the construction and the representation of the project were thought of as "a trial of doubts and errors", with traditional technology, materials and simple construction techniques that the local workforce masters: Pillars, beams and slabs of exposed reinforced concrete, ceramic bricks (with one face in sight and one face concealed where the installations are embedded in the walls). Always trying to avoid unnecessary actions, where each process is a finished process in itself. Building what is essentially necessary.

It should be noted that by following the project very precisely, and with the support of the work of our office, the construction company achieved an impeccable result in a context in which the architect's work is generally not highly valued and a "don't think, don't ask" mentality disregards everything that goes beyond the ordinary. The terminations of windows, floors, coatings of bathrooms and kitchens were selected with the owner, and it was here that we allowed ourselves the luxury of "spending". 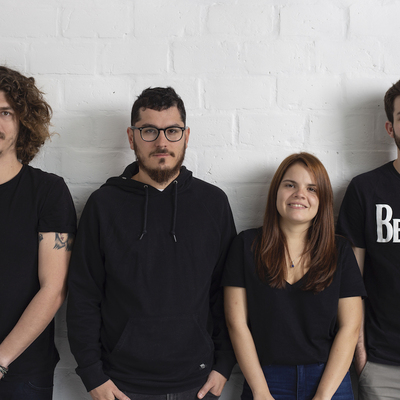