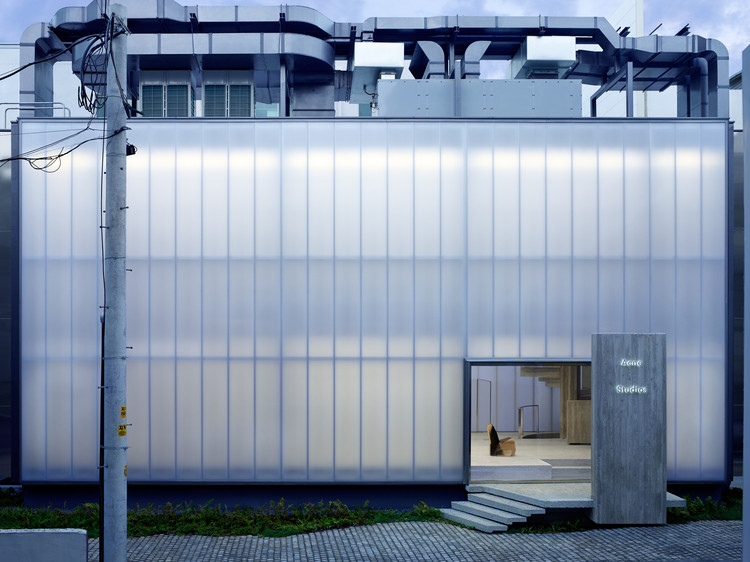 Text description provided by the architects. The narrow, winding side streets of Gangnam house some of the most exclusive shops in the South Korean capital.

It is in this setting - a haven of peace in a fast-moving city - that we have built a new store for Acne Studios: a flagship store, in which they will sell both their men’s and women’s collections.

Seoul has a highly distinctive character. The large number of western brands to which it is home – powerful brands, with strong identities - could very easily have undermined its individuality; but this doesn’t seem to have happened. As a visitor, my impression is that western brands and Korean urban culture have given something to one another; that they have cross-fertilised to exciting effect.

Swedish culture prizes modesty and discretion. By contrast, Acne Studios’ designs are forceful and exude attitude. Our building reflects this contrast. Viewed from the outside, it is a restrained, rather elegant lightbox: translucent and ghostly but, in essence, plain and simple. Appearances, though, can be deceptive; and so they are, in this case. As soon as you enter, you realise that while it may only be a box, it is a box concealing a heavy, brooding, concrete monster.

The structure is a rectangular building on two floors, both of rough concrete, with four pairs of concrete columns holding up the roof and the upper floor. Around one of these columns winds a floating concrete staircase.

Once upstairs, you realise that there is something else about this building that is a little bit strange. As you look down and about, you notice that the rough, lumpen, concrete structure is entirely separate from the translucent walls that enclose it; that it sits inside its elegant box as if in a display case.

There is no decoration. The concrete bears the imprint of rough timber such as that used to make boardwalks to the beach in the Stockholm archipelago; and Acne Studios’ clothing is shown against softly reflective metal walls, freestanding in the open space; but there is not a single decorative finish of a traditional kind.

Sweden is a land of light and air: vibrant light and clean, fresh, invigorating air that can induce feelings of euphoria and otherworldliness. The shop’s atmosphere is otherworldly. You are cut off from views of Seoul; you are enveloped in soft daylight, filtering through the polycarbonate walls, and light from bare fluorescents overhead, diffused by metal grids; and we have played tricks with the music to increase the sense of otherworldliness.

The store is also pristine. No equipment – no ducts or pipes; no entrails or vital organs; no obtrusive mechanical realities - are allowed to disturb the atmosphere within. Instead, they are piled up on the roof.

One last detail: the building sits on vegetation typical of that found in the Swedish archipelagos: wild plants of every description, including, of course, wild strawberries. 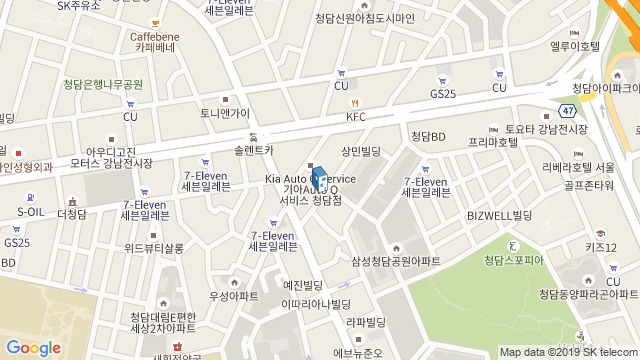 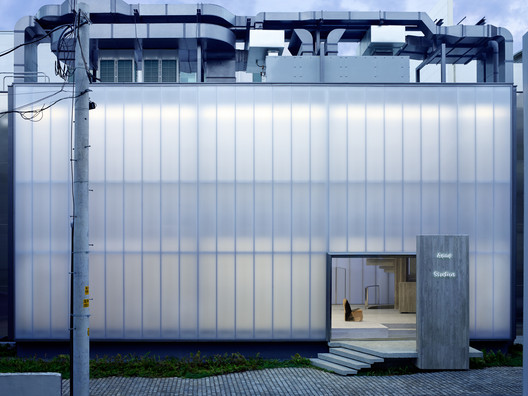