Text description provided by the architects. Jetavana Buddhist temple is a house of the Buddha who has reached nirvana, and for the religious seeking to reach nirvana. Two years ago, a monk with a slender body and an intelligent look, came to our office. With very concise and neat remarks, he told us that he was planning to build a Buddhist temple for meditation.

Strictly speaking, I am not a Buddhist. But I think that the basic spirit of all religions have something in common. "Religion, although the goal maybe different, is the way to reach somewhere." In fact, Korean religious architecture, especially Buddhist architecture, reveals an excellent interpretation of such a path and a marvellous sense of space. It tells a very wise solution, where it takes a few twists and turns, or swings around, rather than a straight line, and where topography and religious doctrine naturally melt in architecture.

As the design continued, I heard interesting tales of Buddhist stories from the Zen Master of Jetavana Buddhist temple. Most impressive story was the concept of 'Middle Way(Madhyamā-pratipad)', meaning "Pleasant from beginning to end". The concept was exciting. We live in strange obsession where living an idle, joyful life is considered like wasting time. Wouldn’t it be so liberating if someone tells you “You can just have fun in life”! That was the original teaching of Buddha, but over many years, many historical and local elements were added and the original spirit of Buddhism was severely damaged. The discussion sessions with the client was spent on listening to stories, not discussing the design.

Jetavana is a Sanskrit, meaning "The Forest of Prince Zeta." Sudatta was busy looking for a land to build a temple for Buddha and eventually found the desired land. The land owner was Prince Zeta, and he said, “I will give you the land as much as you spread gold coins here." Sudatta then really began to lay gold coins on the land, and Prince Zeta was surprised and stopped him. Eventually Jetavana was built on this land, and it became the place that Sakyamuni stayed for the longest in his living years, naturally becoming a holy place.

In the course of design, I wanted to plan the temple for a modern lifestyle, embracing the old ways and Buddhist doctrines. Also, the head monk of Seon (Zen) Center was quite intent on returning to the original values of Buddhism. To restore the Buddhist basic spirit that Sakyamuni annotated and preached while sitting in Jetavana, this spirit was the biggest foundation for designing Jetavana Seon (Zen) Center.

In that sense, a brick, which symbolizes the remains of Jetavana, was an obvious choice. Unlike most traditional Korean temples, it was not built as a hanok, but we built the frames with a concrete structure and put bricks on them. But, considering the existing layout of traditional temple buildings, the path going inward through Iljumun Gate was designed to swerve three times, and by using the original elevation of the site topography, three stages were formed so that Jongmuso(temple office), Kuti(where the believers spend a few days to meditate), Yosache(temple house), and Buddhist sanctuary were placed according to the hierarchical order. It was a very old yet very innovative approach. 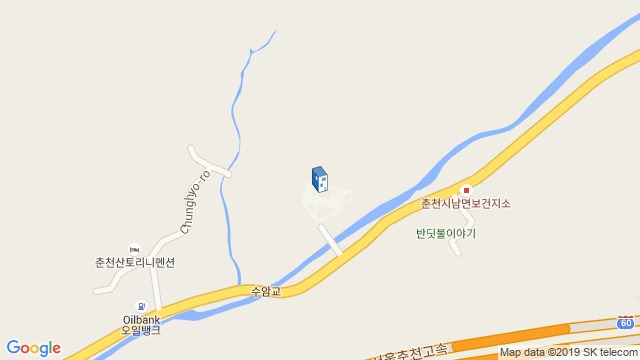 Location to be used only as a reference. It could indicate city/country but not exact address.
Share
Or
Copy
About this office
Studio GAON
Office
••• 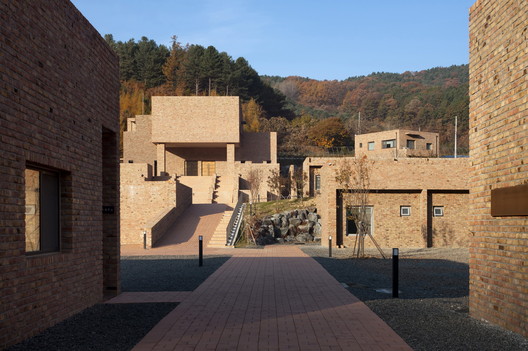