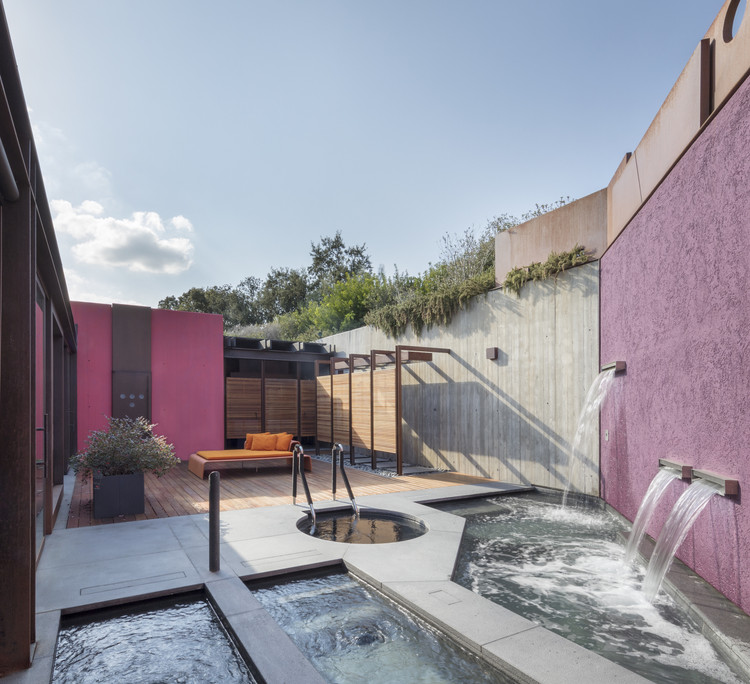 Text description provided by the architects. Conceived in the 1970s by Ferdinando Fagnola and Gianni Francione, the complex of villas nestled in the earth in a village close to the Costa Smeralda in Sardinia, Italy has recently been the subject of a brilliant renovation project designed by Fagnola himself together with PAT. studio. The vitality, spatial qualities, environmental sensitivity and community spirit that inspired the project forty years ago are renewed, thus reviving a little-known episode of the best Italian architecture.

The complex of villas designed in the 1970s by architects Ferdinando Fagnola and Gianni Francione overlooks the north-east coast of Sardinia in Italy. A mimetic project but one with a resolute attitude, guided by the desire to integrate the built environment into the natural environment, and for this reason unstructured and distributed in a series of rigorous volumes that slit the ground like wedges, generating an open series of relationships and spaces. The villas tend to disappear into nature and blend into the vegetation.

Already in their first realization, interpreters of the most original conceptions and the best environmental sensibilities of that late seventies, the volumes were designed to establish an almost mimetic relationship with nature, which distanced itself from the Mediterranean vernacular that was popular in the area. The buildings thus emerge from the ground and their mysterious and severe forms are designed to relate to space and the orography of the ground.

Today, forty years later, the overall vision of the complex is finally being fulfilled. This is due to a new ownership that has purchased three of the five original units as of 2011, thus making it possible to to regroup the architectural organism initially conceived. Additional volumes have been made possible by the Piano Casa[1] and new recreational and sport-related functions have guided the program.

The architect Ferdinando Fagnola himself, who has been designing museums, offices and residences for over forty years, has been commissioned to renovate the villas. The latter has proposed to be supported by the younger colleagues of PAT. studio, active internationally with numerous works that are the result of an integrated design and a firm commitment to sustainability. Contaminated by new sensibilities and guided by new construction criteria, the volumes that emerge partially from the ground and propagate in the environment express today all their overwhelming contemporaneity and tell the story of a project that spans time developing the original origins and giving space to a fertile confrontation between two generations of designers.

Viewed today the villas have maintained their modern and timeless character: the severe and essential lines of the buildings blend in well with the surrounding environment but discover a new youth. New colors, new technologies, in respect of a project that still tells a little-known episode of the best Italian architecture: that of Fagnola and PAT. is a philological intervention, but also an invention, which without any inhibition enters into dialogue with the work of the masters and gives rise to a continuous design exercise from which a solid story, structured and full of surprising episodes, emerges.

With the new team the project has recovered the radical strength of its original vision and at the same time has introduced new elements that are found in the materials, colors, distribution, spatial organization that extends to the whole complex the concept of fragmentation of functions that already characterized each unit. The reunification of the distinct properties into a single integrated work, distributed on the ground, was the driving theme of the new project, designed for the use of a large extended family consisting of a couple with five children and their numerous guests. 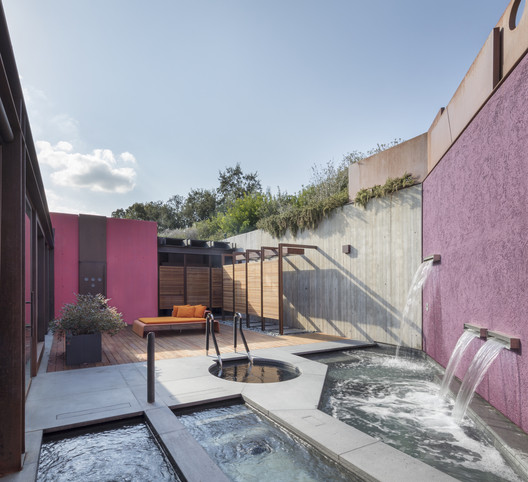 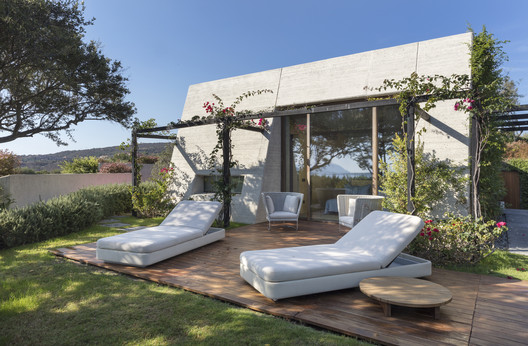