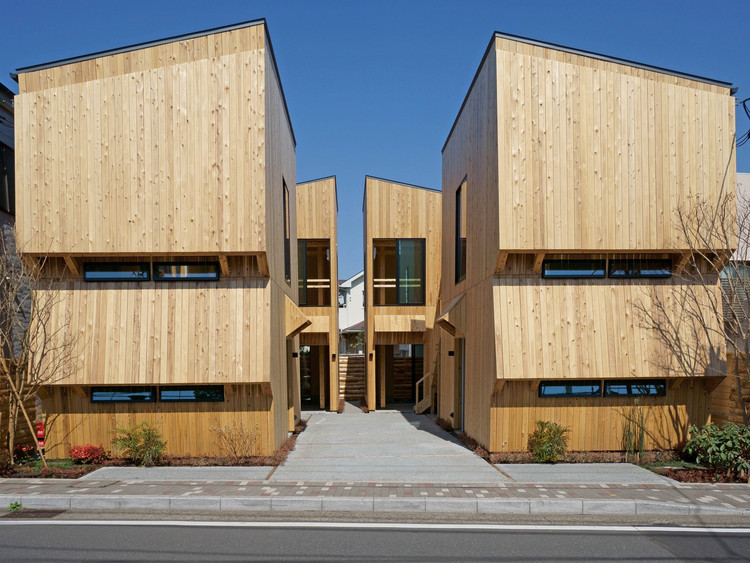 Text description provided by the architects. SASAMEZA are twins, two-story commercial buildings (8 tenants) at commercial block located in the Kamakura city, Kanagawa Prefecture, Japan. It has 8 retails. The site faces Yuigahama-street, which is a bus street from central Kamakura to the Big Buddha. There are some shops on this street that make you feel Kamakura villa culture more than 100 years ago.

Many of these stores have double roofs façade that create the scale of this town. Therefore, we planned to set up a double roof with the inside of the façade of this building. At the time of planning, it was also considered to divide the site and sell it at the time of building completion, so two twin-like buildings were arranged to divide the site while forming a court yard.

Although the total floor area is about 90m2 in both cases, the planar shape is slightly different according to the site shape. However, by taking the water under the roof slope of each building on both sides, it creates a sense of unity like a single building. In addition, by setting the opening parts across the passage and the court in the same position on the plane, the connection and the spread to the next wing are created. With the visualization of the structural material (offset column + double beams) in the interior space, the aim is to maintain a sense of unity in the entire building even if different tenants move in.

The outdoor parts used in this building, such as wooden outdoor stairs, double roofs, and wooden decks on the outer walls, are made renewable by using fastening methods and brackets. This time the building is a commercial building and many people visit.

Local production for local consumption was also set as a theme so that the people could understand the importance of transport energy reduction and maintenance of the forest. Therefore, we entered a mountain forest in Hakone, Kanagawa Prefecture with a client, a forester and a builder, and started by selecting and harvesting trees that would be columns and beams. We plan to carry out related events using the courtyard. 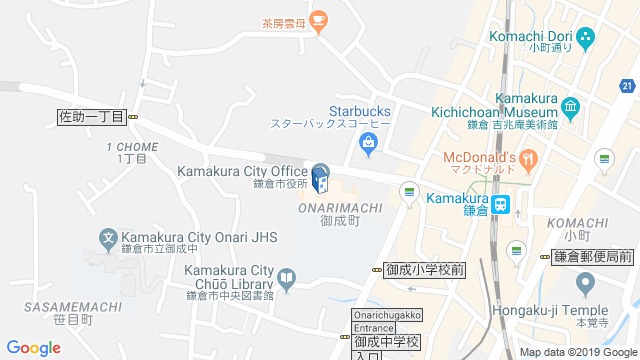