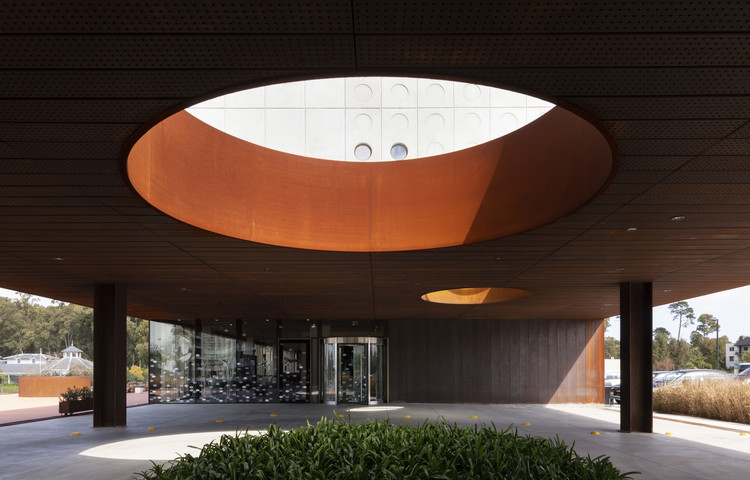 Text description provided by the architects. The project is located on an access route to the city of Montevideo, both from the coast and from the airport, being the entrance to the city. The property is placed by the shore of a lake, on the side of the road and very close to a large eucalyptus forest, in which its abstract and clear silhouette is outlined. An enclave at the entrance of the city.

Handling volumetric simplicity. Above, a white piece, misty. Below, a rustic corten steel piece. A roof on a scale of the lake behind it enables a covered entrance. Tight, horizontal, linear. From the route to the lake. The building is already part of the landscape. The piece clearly defines the entrance to the city. Its image begins to be understood on the scale of the site.

Object/landscape build a unit from its scales. The hotel is defined as a piece on the route, that captures the visitor sight, announcing its presence. The hotel participates as a host, offering its hospitality to the tourists arriving from the airport or from the Atlantic coast beaches or from anywhere that takes you to the city. 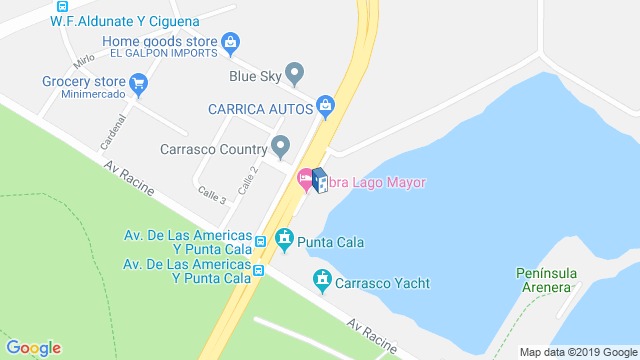 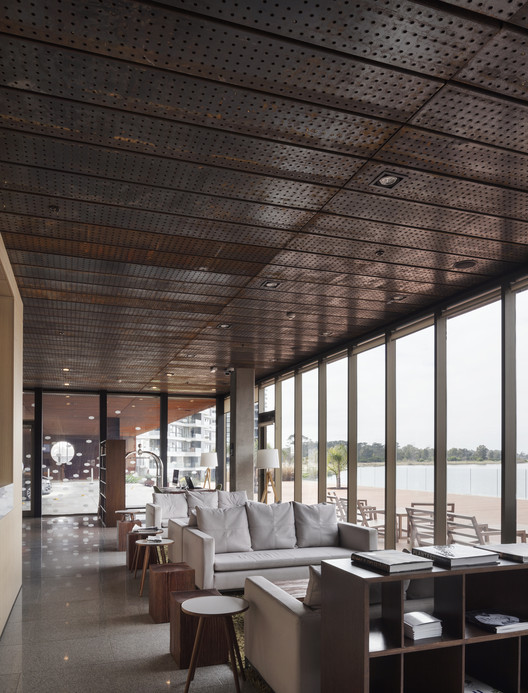