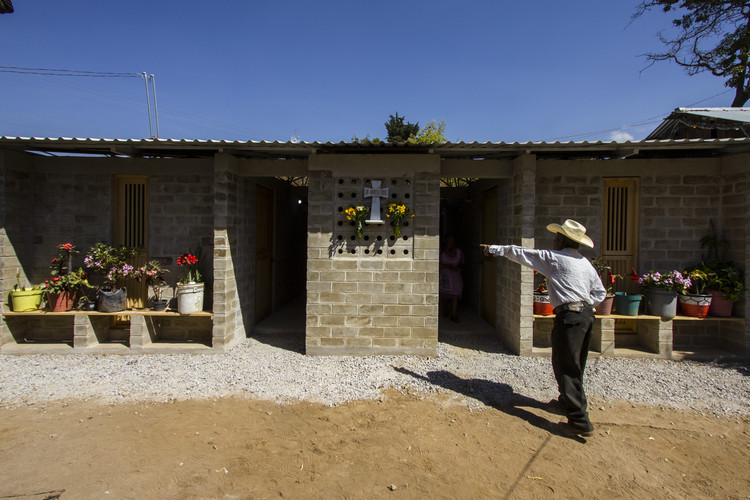 Text description provided by the architects. Casa Valentina is an unusual housing prototype for Mrs. Valentina and her family, as part of the reconstruction of Ocuilan post-earthquake of September 2017, sponsored by PienZa Sostenible, Love Army and Échale a tu Casa. The project is unusual because it is the first social housing project that we have been able to develop for a particular family.

The project consists of two conceptual approaches. The first consists of a series of spaces designed to surround the house with the plants of Mrs. Valentina, this derived from the enthusiasm with which she commented her taste for flowers. On the other hand, there is a necessary technical approach, due to the tight budget ($ 170,000.00).

This consists of a roof strategy where, the first layer is a pronounced sheet to contain rain and sun. The second layer, only used in the bedrooms, and is a plywood ceiling, mounted on wooden bars to prevent the entry of dust, and keep the temperature of the bedrooms more stable.

The house is composed of three volumes delimited by cement-stabilized partitions, the lateral volumes have three bedrooms and a semi-open living space, and the central volume is composed of a toilet with bio-digester and a bathroom with shower.