Save
Jamaica's New Houses of Parliament Unveiled
Share
Or
Copy

Hines Architecture + Design and Design Collaborative have been selected to design Jamaica's new Houses of Parliament in Kingston. Joining Christopher Bent and Gregory Lake, the winning team was selected as the People's Choice winner and beat out 23 other submissions. Dubbed “Out of Many, One People,” the winning proposal will be constructed in Kingston’s National Heroes Park. 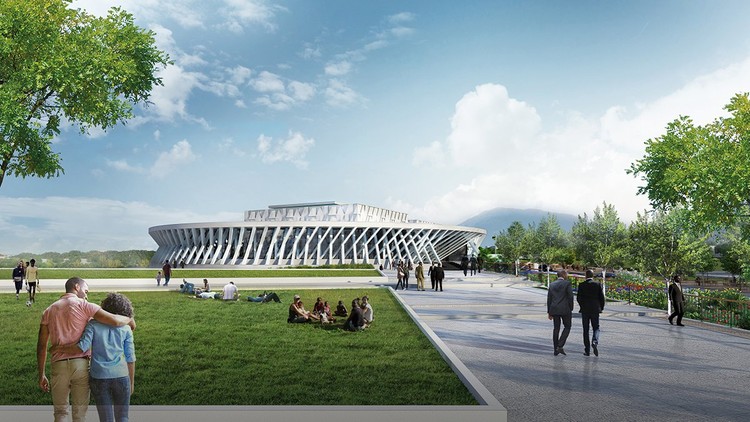 The new Houses of Parliament were made as part of a redevelopment masterplan for downtown Kingston. They were designed to come together in a circular, monumental project. Drawing upon the country's history, culture and traditions, the proposal celebrates the confluence of people and ideas. The projects features a facade of diagonal bracing overlooking 11.4 acres of parkland.

Jamaica's Urban Development Corporation launched the competition last May to design the 160,000-square-foot building that will house the legislative and executive branches of government. Twenty-four teams entered the competition from around the world, including Italy, Canada, the United States, United Kingdom, Turkey and Argentina. Eligible teams had to be led by a citizen of Jamaica, residing locally or abroad, who is also a registered and licensed Jamaican architect and capable of being the project’s architect of record. Five finalists were selected last fall, and the final proposal was chosen for what the jury called a “grand and heroic gesture.”

Jamaica's new Houses of Parliament are scheduled to begin construction in 2021. 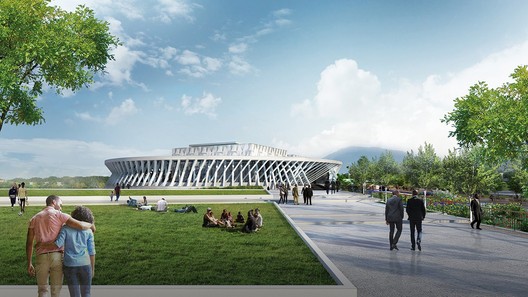