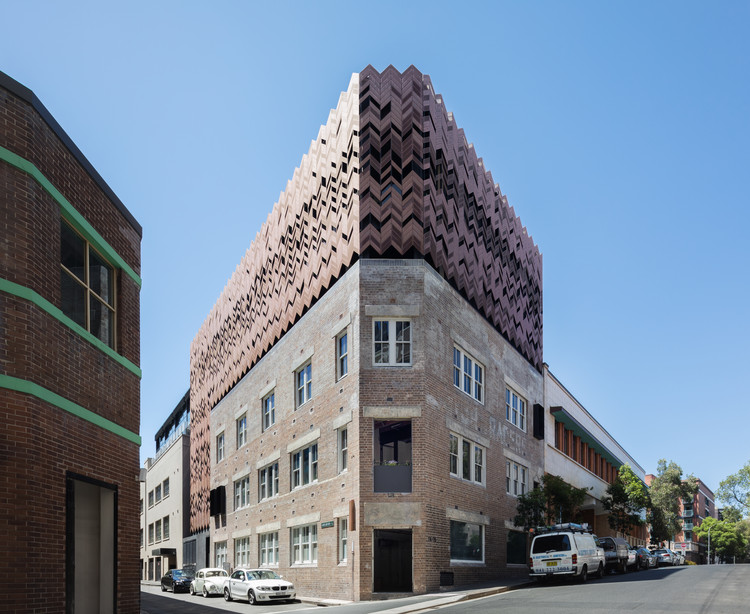 Paramount House Hotel is a gilded nod to this former filmic glory of its surrounds. Another story, another layer of patina, another life and time. The conceptual approach was about marrying these two ideas - the artefact and ornament. It’s an idea about expressing everything that was old, and true and honest and raw, about the existing warehouse; and capturing the spirit and excitement of the golden era of film.

A former film vault is repurposed for the reception lounge, the overlap with the creative and active program of the Paramount Pictures Building. A hidden, light filled atrium space is where the two buildings meet. Where a weary traveller can feel welcomed, looked after and rejuvenate under the daylight.

The narrative of artefact and ornament is embedded throughout. Remnants of the artefact are exposed – existing brickwork is stripped back and expressed and original heritage walls are articulated by contrasting tile work. Time and change are marked by the traces of former walls and slabs, rough and imperfect against the new adornments - copper cabinetry, custom artwork, rectilinear concrete furnishing, lush greenery and crisp chevron patterned screens.

There are 29 rooms at Paramount House Hotel - and like our guests, no two are the same. The existing building is imperfect, with layers years of wear that make each suite unique in offering, character and scale. Columns appear in different locations, unpredictable with remnant building features celebrated. Some suites express the patinated brickwork, parapet and gable ends, while others reveal remnants of former stairwells, aged joists and struts. Traces of ornamentation are embedded throughout - sometimes bold, sometimes subtle. From freestanding, solid timber bathtubs and architectural metalwork to lush greenery and locally made furniture and ceramics.

To the existing brick and timber shell, we brought a robust, authentic palette of structural and architectural metalwork, concrete, recycled timber, locally designed tiles, textiles, fixtures and fittings. Suites include an external terrace, tucked in behind the existing brick envelope or copper screen, to provide shade, natural ventilation and the opportunity to interact with both streetscape and climate.

Suites have been designed to include a winter deck, tucked behind either the existing brick envelope or copper screen facade, providing shading, natural ventilation and the opportunity to interact with the Sydney streetscape and the Australian climate. Contextually responsive to its Sydney location, Paramount House Hotel is truly unique. It is about expressing everything that was old and true, honest and raw, about the existing warehouse. It captures the spirit and excitement of the golden era of film. Staying there, you truly feel at home.

Sustainability Statement. Paramount House Hotel was designed with priority towards sustainability. A rigorous adaptive reuse strategy is intended to circumvent substantial building waste. Embracing the historic character and footprint of the warehouse, a series of new spaces were created with a robust and honest material palette, serving a purpose to ensure further longevity of the existing 80 year old building. Materials are low in embodied energy and are locally sourced where possible, including recycled timber floorboards, low VOC finishes and mild steel throughout. Suites are furnished with all locally sourced and Australian made pieces.

A 7kW PV Solar Array located on the roof deck produces energy to supplement the operational demands of the building. Responding to its context, many of the suites each have a north facing winter deck, encouraging guests to engage with the external environment and serving a purpose to provide shade and natural ventilation. 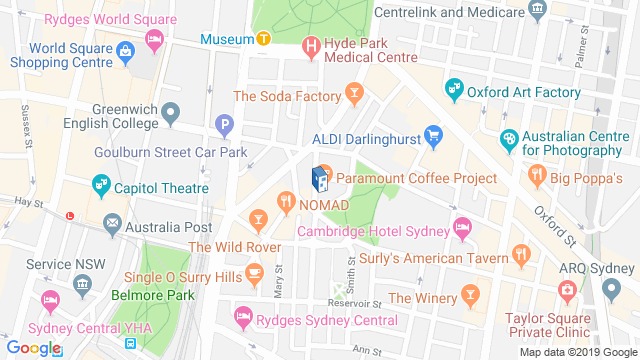 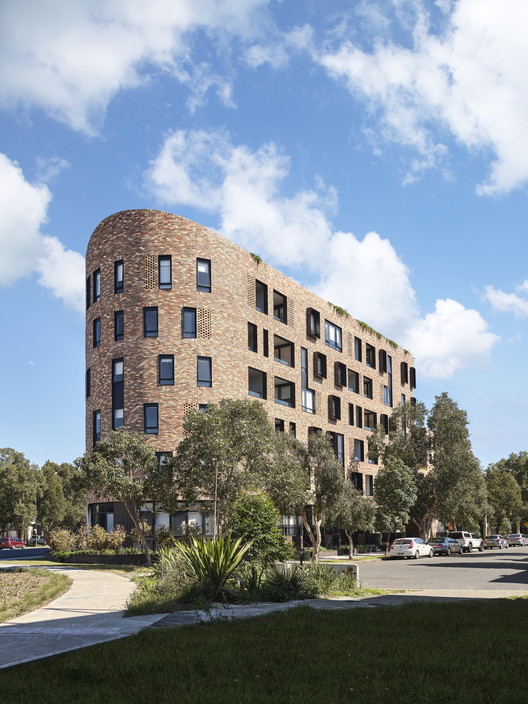