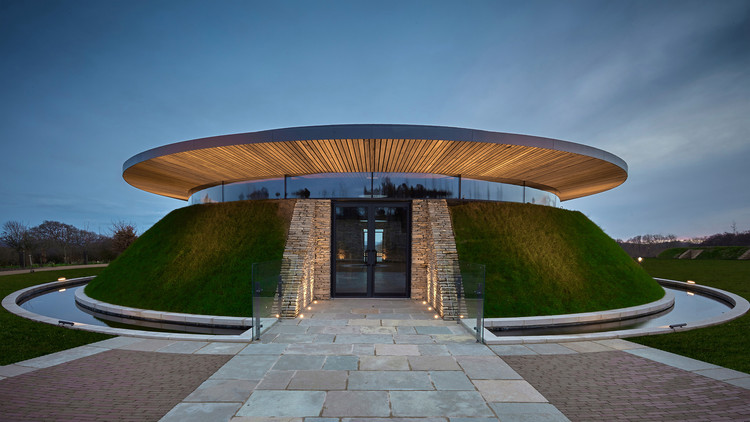 Text description provided by the architects. A new non-denominational Chapel and Crematorium is the first new crematorium in Dorset for more than 30 years.  The client brief was to design a new fully accessible multipurpose building for burials, cremations and associated services which would replace a number of unsightly existing buildings. It was essential that the building should avoid design mediocrity and respond to site specific and opportunities and open countryside views.

A woodland burial ground was in operation on site using converted agricultural buildings as a reception centre and for services.  The popularity of the facility meant the buildings were unable to cope with the size of some gatherings and so in response to demand the client appointed Western Design Architects to design a new chapel, crematorium and function spaces.  After lengthy planning negotiations and legal challenges, planning approval was granted in 2010.  Works commenced on site in 2013 and the build was complete in 2018.

The sensitive location of the site within the Greenbelt meant minimising the visual impact on the surrounding landscape was going to be key to the success of the project.  It was therefore necessary for the design to evolve from natural and local precedents.  The main driving concept was that of ancient burial mounds – artificial hills of earth and stone built over the remains of those who have passed.  Linking the design of the building to this concept has created a stronger and more apparent atmosphere when inside the building, as if the visitor is underground in a tomb. The spaces throughout the building are mostly top lit with natural light to enhance this feeling of being underground.  With local stone walls internally, the spaces provide a sense of security and comfort for the users.

Greek mythology introduced the concept of water and the symbolism of rivers as the source of life; its spiritual and healing properties are seen in rites and rituals. The idea of passage across a river, passing from the side of life to the side of death, is found in classical beliefs so the entrance into the building represents the departure from this world and entry into a sacred place and the bridge over the water marks this transition.  The moat widens to form a reflection pool for visitors after a service.

Setting the building within landscaped bunds gives the appearance of a burial mound with no defined boundary between landscape and building. This allows the building to have minimal impact on its natural surroundings and blend into the landscape. The flat green roof was also designed to have minimal impact on the overall look of the building. A clerestory allows the illusion that the green roof floats above the bunds, making it seem lightweight and in harmony with the landscape. These design elements along with new tree planting together contribute positively to enhance the character and appearance of the surrounding area. 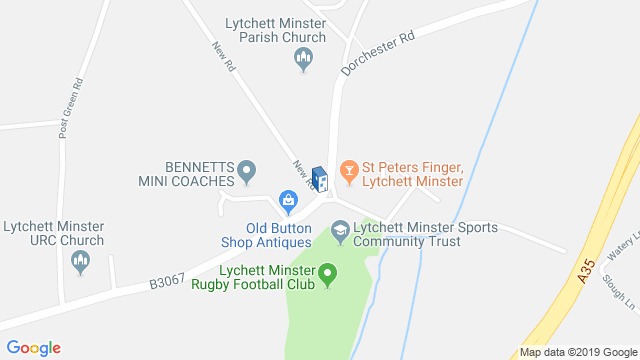 Location to be used only as a reference. It could indicate city/country but not exact address.
Share
Or
Copy
About this office
Western Design Architects
Office
••• 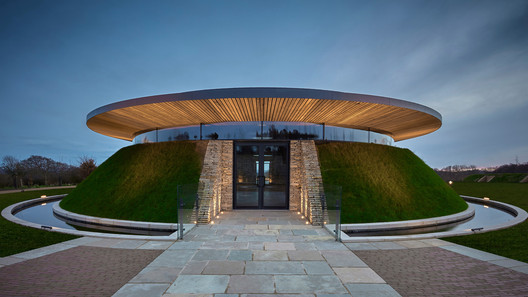