Save
Private Residence in Garðabær / Trípólí 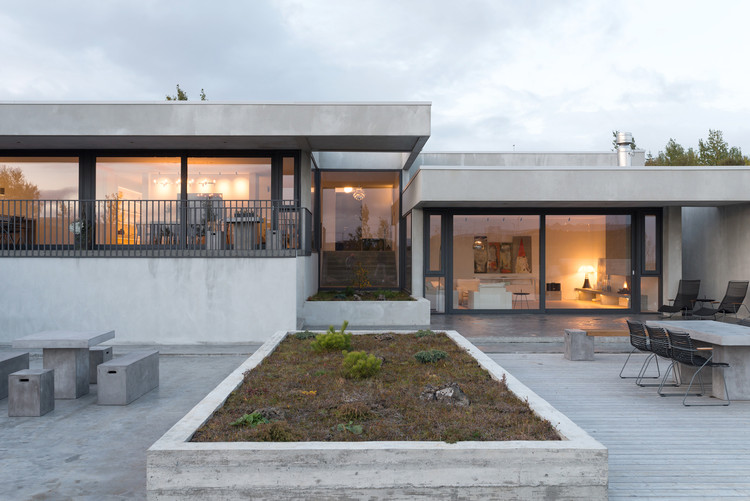 Text description provided by the architects. This project entailed a complete renovation and expansion of a family home in Garðabær, a suburb of Reykjavík. The house was built in 1966 as a simple modernist unit with a flat roof and was extended a decade later. In 1994, a pitched roof was added on top of the original flat roof and the exterior walls were clad with Steni façade panels, leaving not much of the original architecture visible.

The task was to bring the building closer to its modernist roots as well as to enlarge the living room, dining room, and kitchen. The pitched roof and Steni panels were removed and the layout of the building redesigned to include a new family room in the centre of the house. An extension was added on the south side that included a new dining room and kitchen with a large glass window panel opening onto a patio with a cantilevering roof.

A glazed slit in the building was created between the dining and living rooms, which are on separate levels, bringing nature and daylight deeper into the house. A wide stairway leads from the entrance hall towards the slit and down to the living room, which opens up to the lower level of the patio. A concrete spa building was added to the garden, including a sauna and outdoor geothermal hot tub.