Save
House in La Floresta / ARQUITECTURA-G 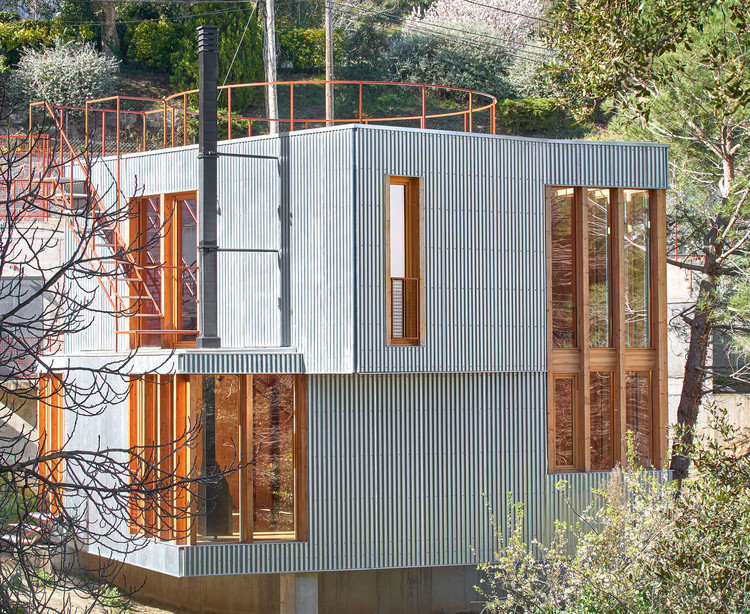 Text description provided by the architects. Halfway in between Barcelona and Sant Cugat, la Floresta is a low density neighbourhood placed in Collserola mountains. An unorganized constellation of houses sprinkles the hills covered with plenty of vegetation. In la Floresta there is place for both dirt and asphalt roads, as well as for recently built houses and constructions from the 50’s.

The intervention replaces precisely a small construction self-built in the 60’s by the client’s parents which is demolished due to its severe pathologies. The plot has a steep slope and the project uses the small terrace where the old house used to be as its base. The project is developed in two levels and is envisioned as a family reunion space, with an open ground floor and 3 bedrooms on the first floor.

The openings on the facade aim to strengthen the relationship of the house with the plot and the forest. The first floor rotates in relation to the ground floor defining a series of skylights and small terraces that leave space for the nearby tree crowns to get closer to the facade.

The interior of the house is characterized by its great simplicity, and it is the structure itself that defines the main interior finishes, with raw wood for the walls and bright one on the floor, looking for the exterior to be part of the interior through the reflections.

The house is a wooden box covered with a steel sheet placed on a simple concrete base.

The structure of the project is composed by laminated timber panels. These panels are used as a load bearing wall when placed in vertical position and with a shallower section and the help of laminated fir beams, as the slab when placed in horizontal position.

Regarding the cladding, the load bearing walls’ outer face is covered with 10cm insulation. Vertical wooden strips are placed in between the insulation slabs and the ensemble is covered with a tyvek sheet. The strips perform as the support for the omega steel sections that hold the galvanized waved steel plate that finishes the facade. 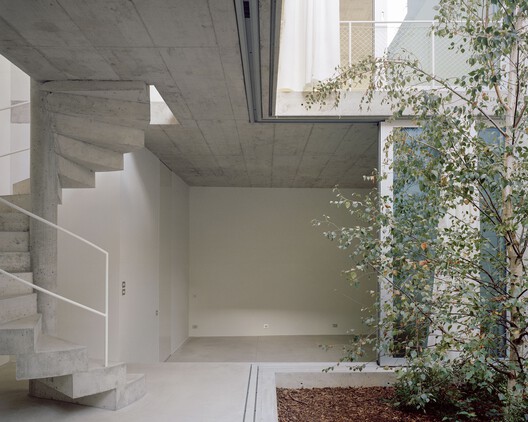 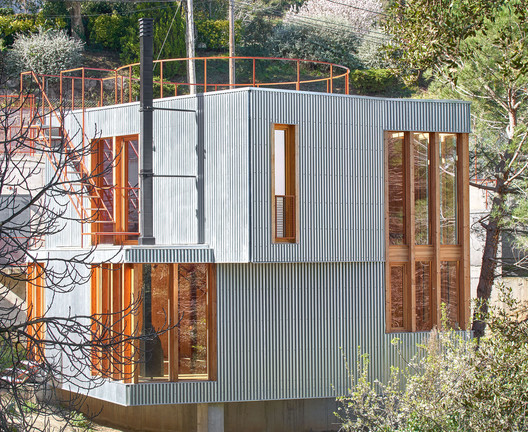