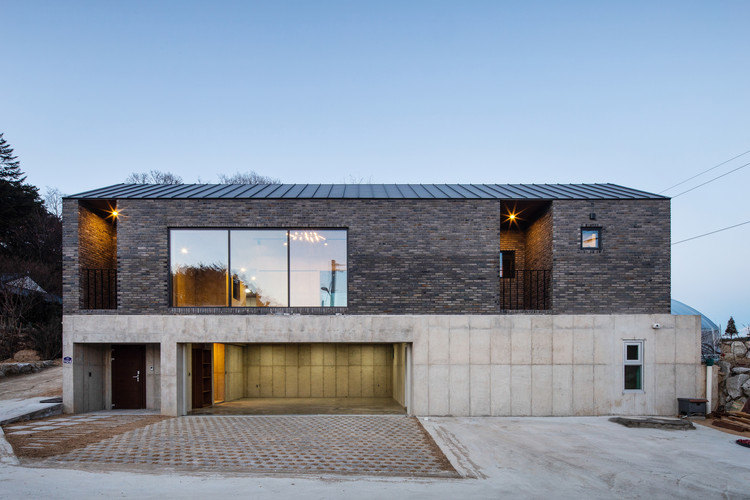 Text description provided by the architects. Maehojae(梅湖齋) is located on a shallow slope behind a mountain that resembles a plum bough in Yangyang, Korea. This area, which is surrounded by a dense pine forest and her herding hermit habitat, was well situated in the gallery house, where she could display and store her collection. Rather, it was a place for architects to think about how to put architecture on top of the rural landscape. The environment here, which is so generous compared to the urban areas where there are so many conflicts of interest in just a few spaces, and the architecture that should be built like a dot on top of it, had to be dealt with in terms of 'ground' rather than 'site'.

If the house is built in the town centre's 'site', it would be better to have a front yard. Because in the gap between urban spaces, the scene of the sun in the front yard and the cozy garden is the unique and precious view of the house. But we hoped that the distinction between mine and yours was vague and that the house to be put here is a little different, not separate from ‘our’ landscape. What if there were architecture on the border, divided by architecture rather than by one vague landscape, that is, the outer landscape that surrounds us and the inner landscape that we embrace? Isn't there a way to coexist with the scenery you see with everyone and the scenery for me alone? The design of the building was solved by interpreting the characteristics of the ground and considering the location of the building suitable for it.

The specific plan began with the establishment of a volume that prevented a homogeneous landscape. By placing a volume in the gable form that divides the wide landscape from the back garden to the front pine forest horizontally, the ground was divided into front and back, and the ground was placed on a stylobate that conforms to the slope to secure a point of view at an appropriate height.

Then, two cubes surrounding the backyard were added to both ends of the gable volume, enabling the creation of a private court landscape with the back mountains. In the end, there was a courtyard in front and back which the level was different, and by setting up stairs that rose through the cracks of the ground, they tried to overcome the shortcoming by forming an interesting and independent entry movement. The exterior was finished with exposed concrete, old brick, and zinc steel sheets that do not break the surrounding landscape, and the interior also exposed the texture of the concrete, and only dry walls and storage cases made of walnut-wood plywood, hoping to minimize visual stimulation of the space.

Unlike the overcrowded, busy urban spaces, the process of doing small fillings in a whole empty space had to be both prudent and prudent. In the process, we realized that our architecture was also just a small dot on the landscape here. This led to the study of the project, and furthermore, the focus on the view from architecture rather than architecture shown. In the end, architecture has gained a reason to exist here by becoming a means of encounter with nature. 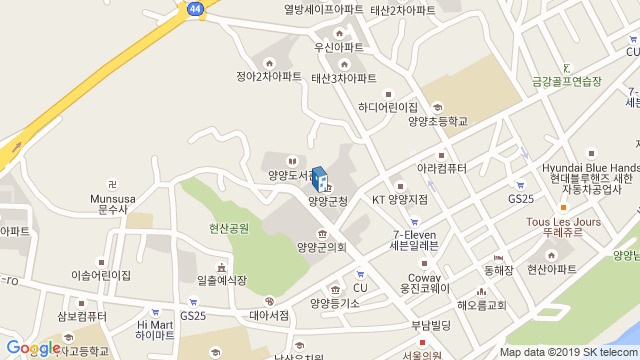