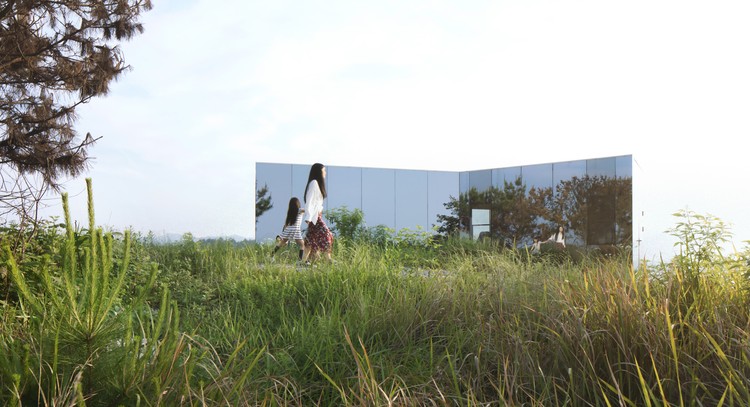 “Island Friends”was built near a reservoir in the suburban area of Wuhan from 2017-2018. The project is in the north of the reservoir, on a small peninsula, where is off the beaten track and the scenery with the natural pristine beauty and the wild excitement. The project is an exploration of community-based natural life in association with the well-known French smart city research institution “7 Billion Urbanists”and the global children architecture education NGO “World Children Campaign” .

The intention of the project is with the minimal existence of the buildings to make the occupants closer and deeper sense the wild nature. Therefore, all the cabins are facing the best view with their giant glass walls to maximize the connection between outside and inside, to frame the breathtaking images.

Differing from the regular production of architecture, “Island Friends” first posted the information of the site environment and the utopian community idea of the project sponsor, to recruit “the owner of the island”. Then, by going through all the visions of people who are interested, finding four like-minded individuals to participate in the project. The design process is all centered on the prospect of the four island owners, for instance, the building area is 30㎡, 44㎡, 58㎡, and 59㎡, which is the owners’ demand.

The building is covered with mirrors. By using the specular reflection material, we make the building disappear from nature. At the same time, it weakens the antagonism between artificiality and nature. The conflict of opposites makes the building become a part of nature. The original intention of the design was not to build a house, but to make the original appearance of the island fully preserved and expressed.

The building is small but cozy. With its wood-interior, the occupants get an introspective space experience and closer to the nature.

The project is located in a precious original environment, but it is hard to reach. Therefore, the overall wood structure plan was decided during the early design prophase. The main body of the building is prefabricated at the factory. After the structure test, mechanical testing. and transporting to the project site, the majority of the work have been done. The way we build them is to ensure the minimum interference to the natural environment.

The Island Friends project is beyond the scope of a simple architectural design, but an integration of landscape, community, architecture and interior. It also explores an ideal way of living with nature friendly. 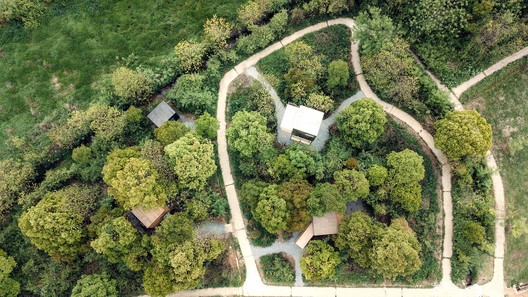 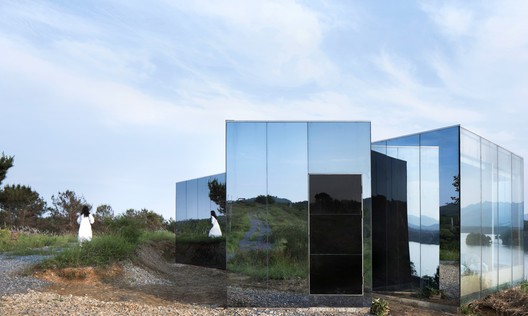 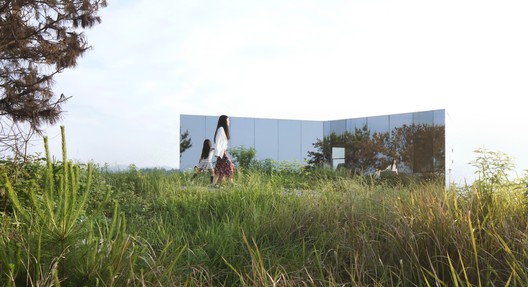